The great energy rip off: Why are poorer people paying more for gas and electricity?

Frankie Boyle says he would give up comedy to write novels 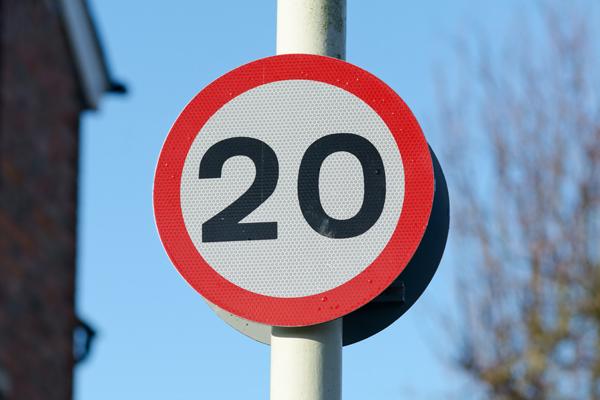 A 20mph speed limit should be adopted for the vast majority of roads across Glasgow, a council committee has recommended.

Other streets in the city would generally remain at 30mph, although final arrangements would be subject to careful assessment. Over 1400 km of the city’s 1900 km of roads are considered to be in residential areas.

With 288km of city streets already subject to a 20mph limit, it is intended that lowering vehicle speeds more widely will improve road safety but also reduce noise and congestion.  Recent national guidance indicates that a 20mph limit could be widely introduced without the need for expensive traffic calming measures.

A widespread 20 mph limit was also recommended by the Climate Emergency Working Group as part of Glasgow’s effort to achieve net zero carbon emissions by 2030.

Andy Waddell, Director of Operations for the council’s Neighbourhoods and Sustainability Department, said a widespread 20mph limit would keep Glasgow in step with many other cities across the UK and help to promote active travel.

He said: “First and foremost a city wide 20mph speed limit is about improving road safety. It’s well known that lower speeds reduce the risk of accidents but also reduce the severity of any injuries suffered by those involved.

“Safer roads will make walking and cycling a much more attractive option for getting around the city. Building a greater reliance on more sustainable forms of transport is vital if we are to achieve our target of Glasgow becoming carbon neutral by 2030.

“Many cities across the country are introducing a widespread 20mph limit and the evidence that’s being gathered shows that the impact on journey times for cars and buses has been minimal.”

It is estimated that introducing a widespread 20mph limit with traditional traffic calming measures, such as speed bumps and raised tables, would cost around £25m.

But a recent relaxation of the rules on traffic calming means that a 20mph limit could be supported with the use of appropriate signage and road markings, which is estimated would cost around £4.35m. Physical traffic calming measures may still be required where traffic speed or incidents create specific concerns.

Proposals for a city wide 20mph limit would be subject to the statutory Traffic Regulation Order process, but, if approved, could implemented over the course of a four year programme.

The committee also recommended that the 20mph speed limit is referred to the City Administration Committee for approval as the formal policy of the council.

Full details of the proposed policy can be found in the papers for the meeting of the Environment, Sustainability and Carbon Reduction Policy Development Committee on November 26, 2019.