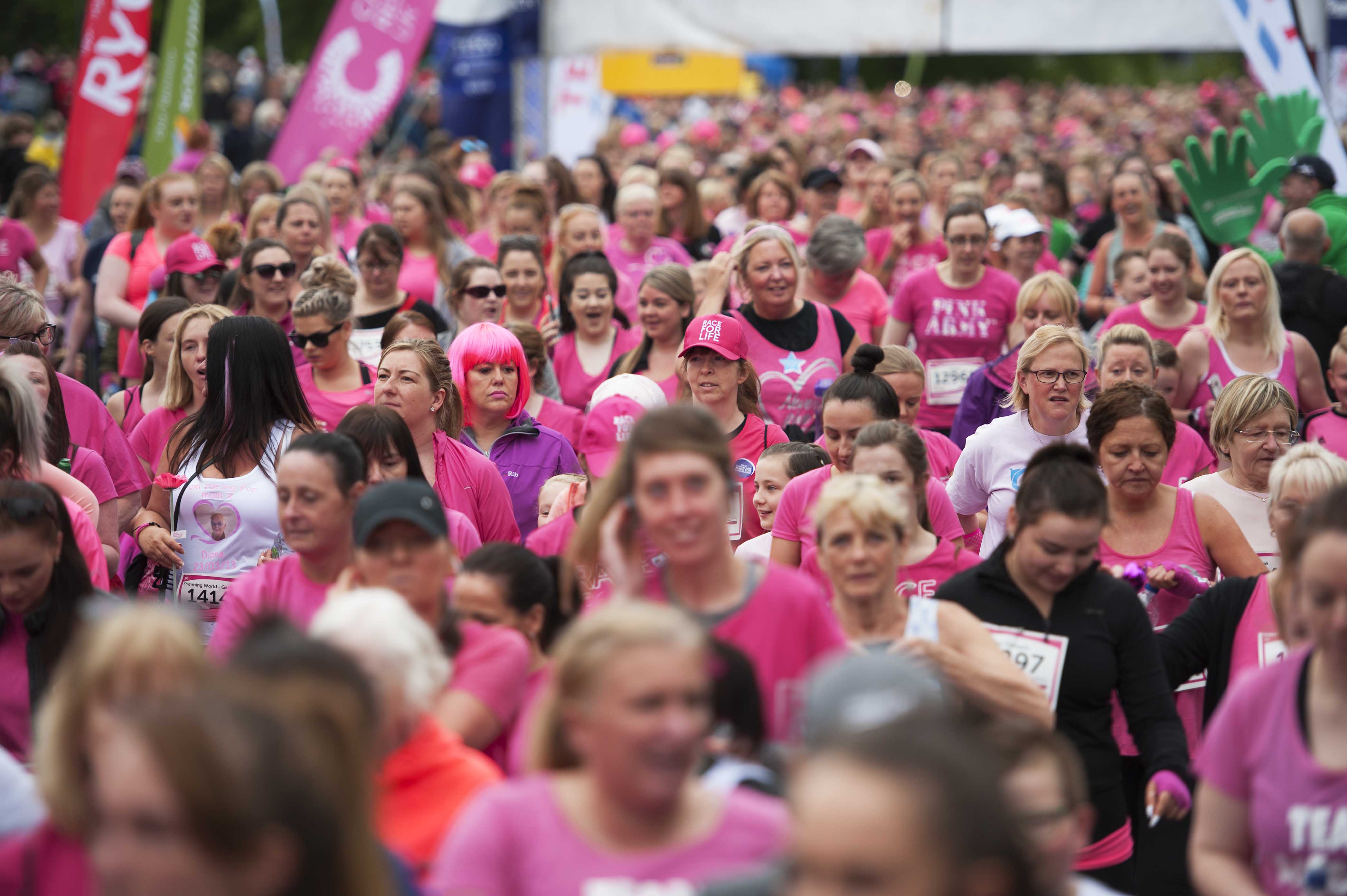 A CANCER SCIENTIST and a nurse who both faced their own fight with the disease launched Scotland’s biggest Race for Life today.

Brave Dr Zuzana Brabcova – battling cancer for the second time in just over a year –  also tackles the disease at work at the Cancer Research UK Glasgow Centre.*

And Glasgow nurse Gaynor Williams-Hamilton knows exactly why raising funds for research to give others more tomorrows is vital. Gaynor was heartbroken after her husband Muir Hamilton died from throat cancer aged 52 – only three months after she had completed treatment for breast cancer.

Today, united by a determination to bring forward the day when all cancers are cured, Zuzana and Gaynor were chosen as VIPs to kick off Cancer Research UK’s Race for Life Glasgow. They shared their stories with Heart Scotland drivetime presenter Paul Harper then sounded the airhorn together sending more than 7,300 participants on the 5K and 10K courses from Glasgow Green.

Zuzana, 32, said: “It was like a big lorry hit me when they told me I had cancer. 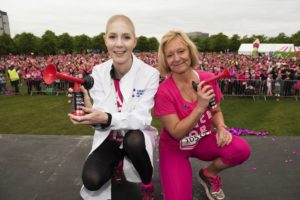 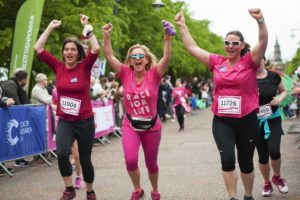 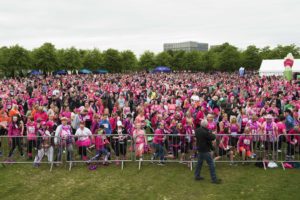 “I thought they must be wrong, they must be talking about a different patient. I just sat staring at them. I didn’t feel like they were talking about me. Today has been an emotional but a positive day too. I’ve met so many other people who are also going through cancer. I want to do everything I can as part of a team of scientists to stop others from suffering.”

Zuzana, who is originally from the Czech Republic but now lives in Glasgow was first diagnosed with cervical cancer in October 2016. She endured radiotherapy and chemotherapy and by February last year tests showed the cancer had gone. But Zuzana who works as a data scientist studying how leukaemia cells use energy and nutrients to survive** was devastated in November last year when a scan showed the cancer had returned and spread to her lymph nodes. She has been through six more rounds of chemotherapy and is now awaiting further treatment.

Gaynor, 54, who is clear of cancer and works at the Queen Elizabeth University Hospital in Glasgow was cheered on at the Race for Life Glasgow start line today by friends from her home village of Lochwinnoch who also took part in the event. Gaynor who was diagnosed with breast cancer on June 11 2015 got through a tough year of treatment with her husband Muir by her side every step of the way.

And when Gaynor raised more than £2,000 for Cancer Research UK by taking on her first Race for Life Glasgow in May 2016, Muir was there to hug her at the finish line. In September 2016, Gaynor finally completed treatment for cancer but just one month later the couple were devastated when Muir was diagnosed with throat cancer. Muir died shortly afterwards on December 20 2016, with Gaynor by his side.

Gaynor said: “Muir was the love of my life and I miss him every single day.

“We were married for almost 18 years and shared so many adventures together. I couldn’t ever have imagined life without him so my Race for Life is dedicated to him and in memory of all those who have lost a loved one to this disease.”

Jennifer Muir, aged 18, of the Kirkintilloch Olympians running club was the first person home, taking part in the 5K Race for Life Glasgow and completing the course in just 21 minutes. Jennifer was running in memory of her grandmother who died of throat cancer.

Every day, 88 people are diagnosed with cancer in Scotland.*** Thanks to the generosity of its supporters, Cancer Research UK was able to spend more than £34 million last year in Scotland on some of the UK’s leading scientific and clinical research – helping more men, women and children survive the disease. Glasgow is home to a thriving community of world class cancer scientists and doctors who are working to reduce the devastating impact of the disease. Money raised at Race for Life will help Cancer Research UK scientists find new ways to treat cancer and save more lives. There are Race for Life events across Scotland this spring with events everywhere from Glasgow to Irvine, Falkirk to Fife.

Race for Life spokeswoman, Lisa Adams, said: “We’d like to thank our VIP starters Zuzana and Gaynor and everyone who came along to make Race for Life Glasgow so special.

“Sadly, most of us know someone whose life has been touched by cancer. But thanks to the huge progress that has been made in the fight against the disease, more people in Scotland are surviving cancer than ever before. Our aim is that one day everyone will beat cancer. The more research we can fund, the sooner that day will come.”

Cancer Research UK’s Race for Life, in partnership with Tesco, is an inspiring series of 5k, 10k, Pretty Muddy and marathon events which raises millions of pounds every year to help fund life-saving research.

One in two people in the UK will be diagnosed with cancer at some stage in their lives, but the good news is more people are surviving the disease now than ever before. Survival rates have doubled since the early 1970s and Cancer Research UK’s work has been at the heart of that progress. Our researchers in Glasgow and Edinburgh are trying to develop new drugs to target an aggressive type of brain tumour called neuroblastoma. In Edinburgh the charity funds world-class researchers including a team at the MRC Human genetics unit, who are leading research in to the genetic and environmental causes of bowel cancer. This important work is bringing scientists a step closer to tests that can spot people at higher risk of the disease so they can be offered tailored advice, screening and treatment to improve survival for people with this type of cancer.