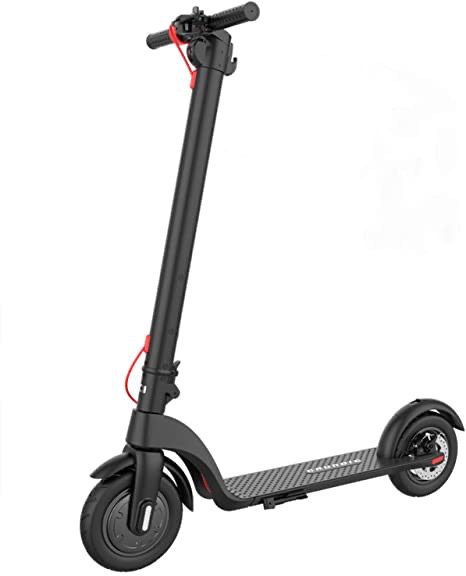 A trial of an e-scooter hire scheme in Glasgow has been backed by a council committee.

The proposal for an e-scooter trial in the city will now be passed on to the council’s City Administration Committee for a final decision with a recommendation for approval from the Environment, Sustainability and Carbon Reduction (ESCR) Policy Committee.

The recommendation for approval from ESCR followed a discussion on a report that set out a range of scenarios that might be involved in such a trial.

Following the success of the city’s bike hire scheme, the report concluded that e-scooters provide opportunities for low carbon transport over short distances that allow users to remain physically distant from others.

A number of local authorities in England have embarked upon trials of e-scooter hire schemes after the Department of Transport indicated earlier this year that hire scooters would be allowed on roads and cycle paths, but not pavements. Privately owned scooters cannot be legally used on public infrastructure at this time.

Following the announcement of trials in England, the council was approached by a number of operators and this has allowed a clearer picture to emerge of the various options available for a trial.

If a trial is to proceed in Glasgow, scooters would have a maximum speed of 15.5mph and users would have to be at least 18-years-old with provisional driving licence.

All scooters would be continually monitored through GPS, which means that tight controls can be applied to the use of the scooters.  Beyond certain boundaries the scooters can become inoperable and so limits can be set of where scooters can go or what speed they can travel in a specific location.

In general use of the scooters would be cost £1 to unlock followed by a charge of 12-35p per minute of use, depending on the operator. Potential operators believe any trial could be run without any cost to the council.

Councillor Anna Richardson said: “E-scooters have the potential to add to Glasgow’s transport system while keeping carbon emissions down.

“We are following the trials with other local authorities with interest and we do see that there are some issues with how they are used. A trial is a chance for any problems to be ironed out and see whether the advantages outweigh any concerns.

“There are a number of legal hurdles to overcome before a trial could be established in Glasgow, but a trial is something we are looking at very carefully.”

As well as requiring legal approval to run a trial, the council would also have to undertake a formal procurement exercise to identify the operator of such a trial.

More details can be found in the report presented to the ESCR committee, which can be accessed through this link.