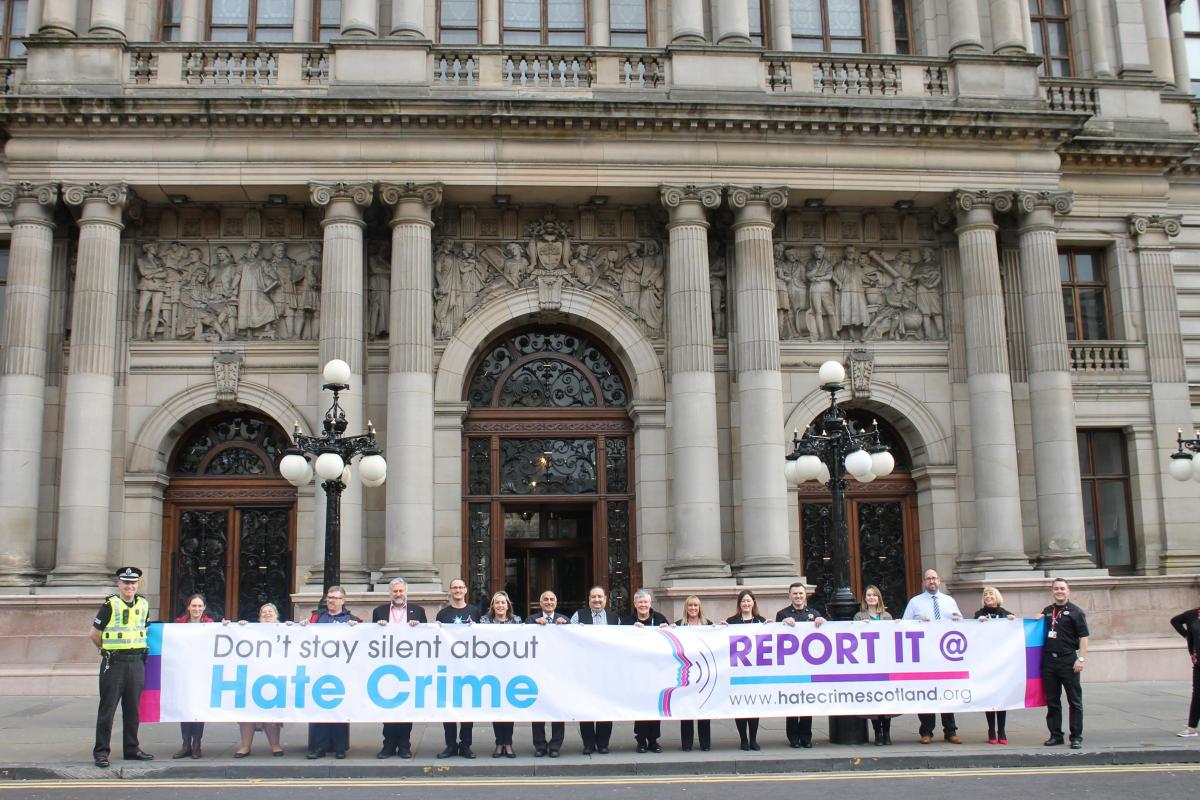 A new art competition introduced this year as part of the city’s annual Hate Crime Awareness Week (HCAW) drew hundreds of entries from schools all over the city.

Young people were invited to submit entries representing what hate crime means to them.  Two winners – a primary and a secondary school – were selected by a panel of judges.

Both schools will receive a £250 prize and their winning artwork will be on display, alongside a selection of entries, in the City Chambers during HCAW which starts on Monday, 7 October.

Councillor Chris Cunningham, City Convener for Education, Skills and Early Years, welcomed schools involvement this year, and admitted he had a difficult time picking the winners.

“Improving public awareness of hate crime and how to respond to it is at the heart of this campaign. This includes educating our young people about diversity, equality and inclusion.

We had such a good response from schools and the level of creativity shown in the entries was very impressive – it was not easy picking the two winners. I’m delighted the public, and visitors, to the City Chambers during Hate Crime Awareness Week will have the opportunity to see the selection of entries on display.”

Glasgow was the first city in Scotland to mark HCAW.  Now, in its fifth year, the weeklong event encourages the public – victims and witnesses – to speak out and report hate crime incidents.

A hate crime is any crime motivated by prejudice or hate against a person because of their race, religion, sexual orientation, disability or transgender identity.

There are a number of ways in which people can report a hate crime. Glasgow has more than 60 Third Party Reporting Centres where staff have been trained by Police Scotland to provide help and support to victims. They include housing associations, Victim Support, Glasgow Disability Alliance, LGBT Youth Scotland and many more.

The two winning schools will be announced soon.