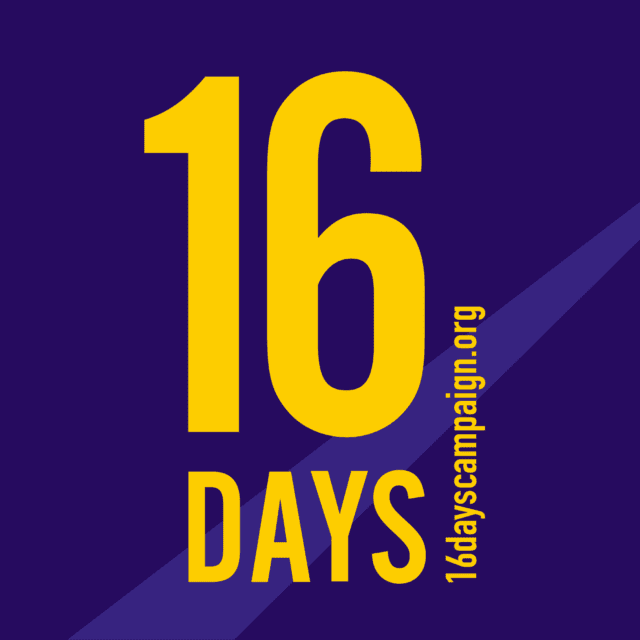 Tomorrow marks the start of the annual 16 Days of Action campaign (25 November – 10 December) when organisations across the world push to bring an end to violence against women.

This year is the 30th anniversary of the international campaign which focuses on challenging men’s behaviour and attitude towards women.

In 1991 the United Nations declared 25 November as International Day for the Elimination of Violence Against Women and Girls. It is the first day of the 16 Days campaign which ends on 10 December, International Human Rights Day.  It takes in other significant events including World Aids Day on 1 December and the anniversary of the Montreal Massacre on 6 December – the date in 1989 when 14 women, all engineering students, were shot and killed in an act of gender-based violence.

The massacre at the University of Montreal led to the creation of the White Ribbon movement.  The White Ribbon is now the symbol of men’s challenge to end violence against women.

Glasgow was awarded White Ribbon City status in recognition of the work being done to tackle violence against women. Every year the city supports 16 Days of Action by co-ordinating local activities to raise awareness and challenge unacceptable behaviour through the Glasgow Violence Against Women Partnership (GVAWP), a city-wide multi-agency group made up of statutory and voluntary organisations concerned with addressing any form of violence against women.

This year the GVAWP has organised a radio campaign to remind residents about the support that’s available 24/7 for anyone living in fear or suffering abuse whether physical, sexual or verbal.

“Gender-based violence can take various forms and guises.  It can range from coercive control and domestic abuse to rape and sexual violence. It has devastating effects on the lives of women, children and young people. Communities suffer and families are destroyed.

“The 16 Days campaign is an opportunity for us to reach out to women to let them know they are not alone, help is here.”