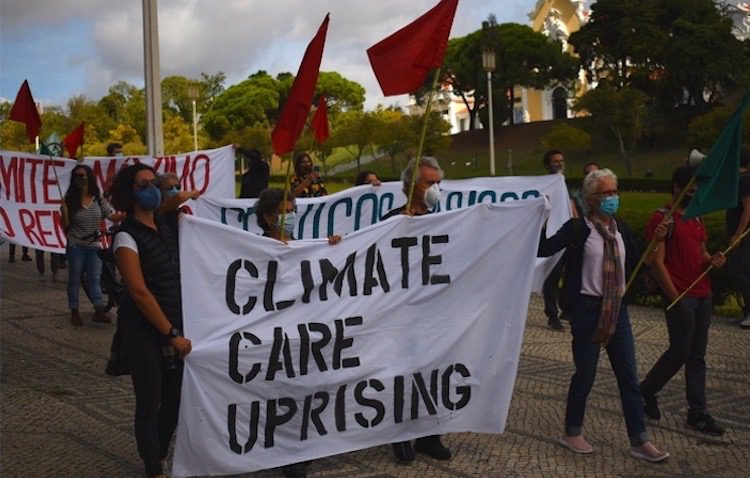 CITIES across the world will follow Glasgow’s lead to put climate justice and social equity at the heart of plans to tackle the climate emergency.

The move, proposed by council leader Susan Aitken and dubbed ‘The Glasgow Message’ by members of the United Nations-backed Local Government and Municipal Authorities (LGMA); was confirmed as leaders met in Paris today to reaffirm their commitment to environmental action.

The pledge means that cities will put the impact of climate change on the lives of their citizens – and the lives of others across the globe – at the forefront of their plans ahead of COP 26 in Glasgow, next year.

Cllr Aitken said: “Glasgow is fully committed to the roadmap that cities across the world have agreed through the LGMA, as we approach COP 26 – but I want it to go further.

“Climate action has to be about more than just targets; it must be about people, their lives and their life chances.

“That is particularly true in a city like Glasgow, which still lives with the legacies of its industrial past, but it is something that matters wherever people come together to live, to work or to learn – in every country, across every continent.

“Glasgow’s message has been to put climate justice and social equity at the very heart of our shared values. Cities across the globe have now responded – and their voice will be heard in Glasgow next year.”

The Glasgow Message stresses the importance of climate justice – but also action that citizens can see and recognise where they live and work.

“Every city is different, but we know that social equity and climate justice can have a real impact in our communities, right here in Glasgow,” said Cllr Aitken.

“Making sure our citizens have the skills and the training to thrive in the new, green economy is a climate justice issue – as are clean, healthy streets that are designed to put people and their everyday needs first.

“Tackling emissions means homes that are easier to heat and better public transport. Neighbourhoods with more green space – and the benefits they have for the health and wellbeing of Glaswegians – are about a fairer city.”

Cllr Aitken was speaking as part of the Paris Zero Carbon Forum at the invitation of Parisian Mayor, Anne Hidalgo – joining by video link from Glasgow City Chambers.

Moments later, she became one of the first city leaders to sign the Paris Declaration, reaffirming the principles of the historic agreement signed at COP 21 five years ago, and the pivotal role of cities in it.

Cllr Aitken said: “One of the successes of the Paris agreement, as we look forward to COP 26 in Glasgow, has been the emergence of cities as leaders – for change and for urgent action on the climate emergency.

“Cities have, consistently, pushed further than their national governments to set ambitious targets to cut emissions – and, in countries that have historically resisted the kind of vital measures the world needs to arrest global heating, it is cities that are now beginning to drag their leaders to the negotiating table.

“In America, forward-thinking elected mayors in Pittsburgh, Des Moines, Los Angeles and dozens of other cities have kept the spirit of the Paris agreement alive in their cities.

“Together, we understand that we have a responsibility to make sure the ambitions and aspirations of COP are relevant to the everyday challenges and lives of our cities and citizens – and I’m delighted to have this opportunity to reaffirm Glasgow’s commitment to our shared future.”