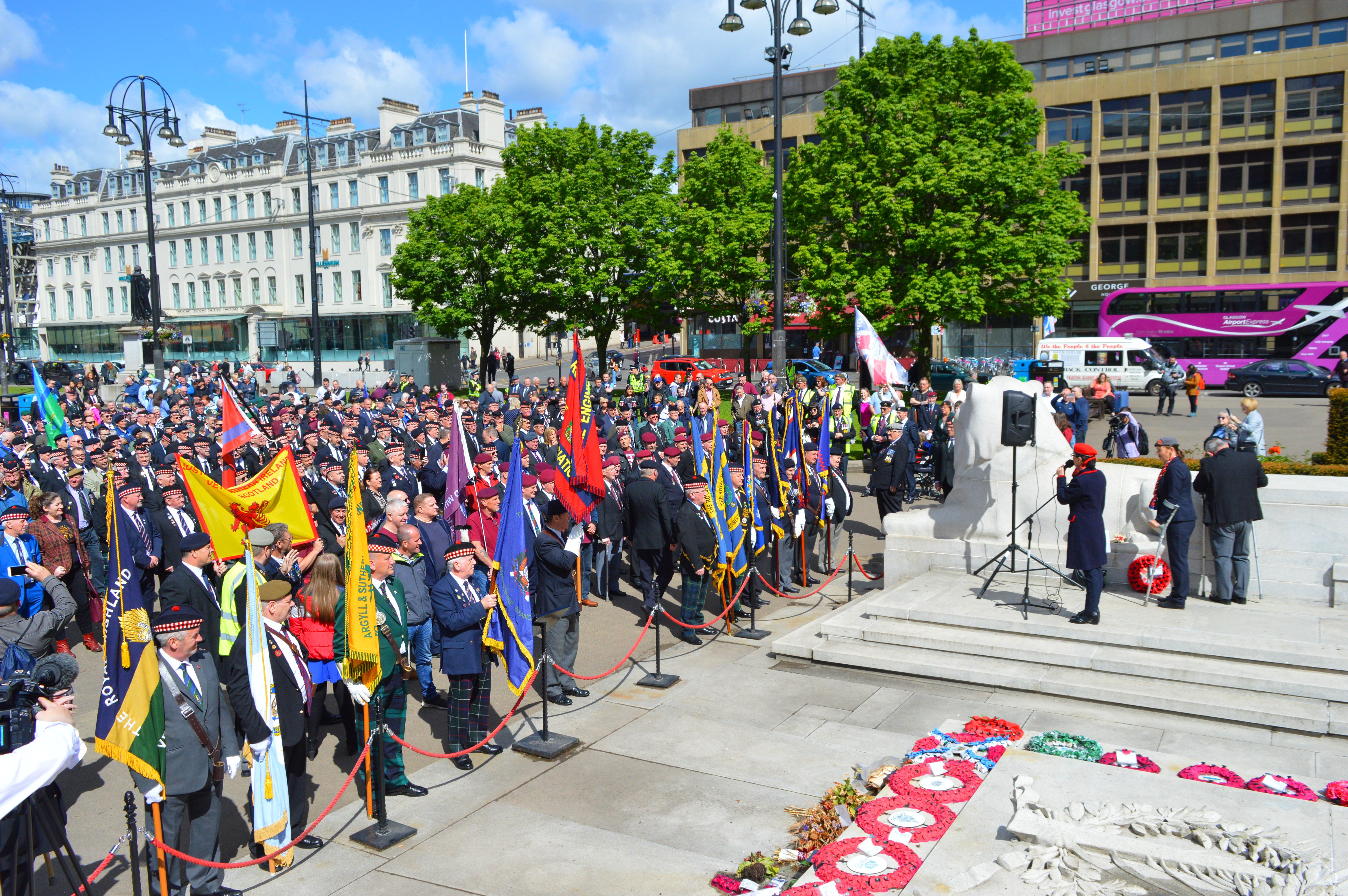 It’s 50 years since Op Banner.
For those of you not familiar with why Justice for Northern Ireland Veterans Scotland was established, I was asked by Founding Member, Alan Barry to set it up in order to form a united front in our fight against the one-sided witch hunt of the ongoing legacy enquiries.
This group has enabled those who served in Operation Banner ” one voice”. It’s allowed them to show their complete dismay at the betrayal they have faced at the hands of politicians.  Veterans like Dennis Hutchings, Soldier B and soldier F need closure, the government need to stop ignoring our veterans, get their heads out the sand, rip up the good friday agreement and apologise to each and every soldier they’ve put through hell as a result of this.

Dennis is 77 years old with poor health and has been charged with attempted murder from an incident in Northern Ireland 42 years ago.  Despite his poor health, living so far away, he is still determined to come up here to Glasgow this coming Saturday 18th to stand with Million Veterans Scotland at the BBC and thank them for supporting him.   Dennis Hutchings is not alone and what is happening is directly in contradiction to what the Prime Minister herself personally promised.  She was asked during a recent debate if she could inform people like Dennis exactly what she has done and what she is doing to end this process that is abhorrant to so many people in this country.
The Prime Minister replied by saying, she has been clear about Northern Irelands past, and that it clearly isn’t working well for anyone.  She continued to state the obvious facts we’re all very aware of like the 3,500 that died during the troubles and that the majority of them murdered by terrorists. She herself admitted the system needs to change for better outcomes but as we know it’s simply not good enough.   Teresa May is so out of touch on many, many issues. Her tenacity is not to be admired but rather seen as an unwanted, only just elected career politician desperately clinging to power at any cost.  And where’s Tony Blair sculking amidst all this?
She admits that the way things are being investigated is not fit for purpose, well if that’s the case why hasn’t she put a stop to it!  So Teresa May is doing, and has continued to do nothing.   AND God help us all if May is in cahoots with Corbyn!!  She’s a perfect example of talking for 90 seconds without saying one word with meaning in answer to a very simple question.  She did what most politicians do & completely ignore the question and give a generalised nonsensical answer.  If she has an ounce of dignity she needs to resign for the good of our country.
Our soldiers deserve nothing less than immunity, a public apology, compensation, burning the good friday agreement and putting terrorists back in jail where they belong.
This group has allowed veterans to show their complete dismay at the betrayal they have faced at the hands of politicians.  Veterans like Dennis Huchings, Soldier B and soldier F need closure, we all need closure, the government need to stop ignoring us.  No more media blackouts. Theirs only so long they can continue to ignore us!
So many terrorists had the slate wiped clean as a result of the Good Friday Agreement. How can evidence after 40/50 years possibly be sound?

Something needs to change and it needs to change NOW.
TRIALS of veterans for incidents in The Troubles should be moved from Northern Ireland to the mainland in the interests of justice, I’ve no faith whatsover any would get a fair trial in Northern Ireland. Dennis is one of five British soldiers facing trial over The Troubles.  If they say they cannot get a jury for a case in Northern Ireland, all service people facing trial there should have the option of being tried in England, Scotland or Wales.  That would remove the need for a judge-only trial and give veterans – whether of the Armed Forces or RUC – the right to appear before a jury.
Recently prosecutors announced that one soldier – Soldier F – will be prosecuted over Bloody Sunday.
Can you imagine Soldier F getting a fair trial in Northern Ireland? It’s impossible. Dennis has been called a murderer in the Northern Ireland media. I have no faith in the system there.
Dennis served for 26 years in the Life Guards, and will continue to deny charges of attempted murder and grievous bodily harm with intent over the 1974 shooting incident.  Dennis has twice been investigated and cleared over the killing of John Pat Cunningham, 27.  But in 2015 Dennis, the last survivor of the three soldiers in the immediate area of the incident, was arrested and charged over the death.  Under Tony Blair’s Good Friday Agreement, more than 500 convicted terrorists were released early and 300 on-the-run letters or “Letters of Comfort” were issued to suspected terrorists telling them they would not be pursued.  At that time the IRA was on its knees. It could not do anything without us knowing about it.  But Sinn Fein had Blair round its little finger and he was prepared to sacrifice us to get his bit of glory. He’s not alone. Gordon Brown, David Cameron and Theresa May also forgot us.  We need to get the message out as to how our soldiers have been treated.  During The Troubles between the late 1960s and 1998 more than 3,500 people were killed including 722 members of the Armed Forces and Police.
British veterans have been betrayed and we want to get the message out, our soldiers went there to keep the peace and while terrorists have been let out of jail the British Government is hounding veterans in a witch-hunt.  Mrs May has repeatedly told MPs that the current balance of investigations in relation to the Troubles is “patently unfair.  The Northern Ireland Office is drawing up plans for a new approach to “legacy” killings in The Troubles and is under pressure now to introduce a 10-year time limit for prosecutions.  But all moves on the reform have been held up by parliamentary logjam caused by Brexit.

We literally have thousands upon thousands who will not let this lie & all despite the mass media blackout. They can’t ignore us forever!
It’s getting serious, this isn’t anything that is going to go away.  Fairness & humility IS NOT a lot to ask for.
So many terrorists had the slate wiped clean as a result of the Good Friday Agreement. How the hell can evidence after 40/50 years possibly be sound?
I can’t begin to imagine what our British soldiers witnessed during the troubles, what they went through for our great country.  They put their lives in danger every day patrolling the streets in Northern Ireland, doing their best to saves lives and keep the peace while terrorists deliberatly planted bombs under police cars, planted bombs in a pub full of innocents and yet these murdering evil scumbags walk free.  Now you tell me where the justice is in that!
No human being should have to endure what our brave heroes endured, they deserve nothing but respect and admiration for serving their Queen and Country, instead almost 50 years later they continue to be persecuted, woken up in the middle of the night and arrested.
Well the government need to wake up and realise we’re not going anywhere, we’re here to stay and as our numbers increase as does our passion for justice.  They need to do the right thing and put an end to this once and for all.
Our veterans are the most important people in our country…
because without them you wouldn’t have a country
Next Protest at the BBC Glasgow
Sat 18th May
11am