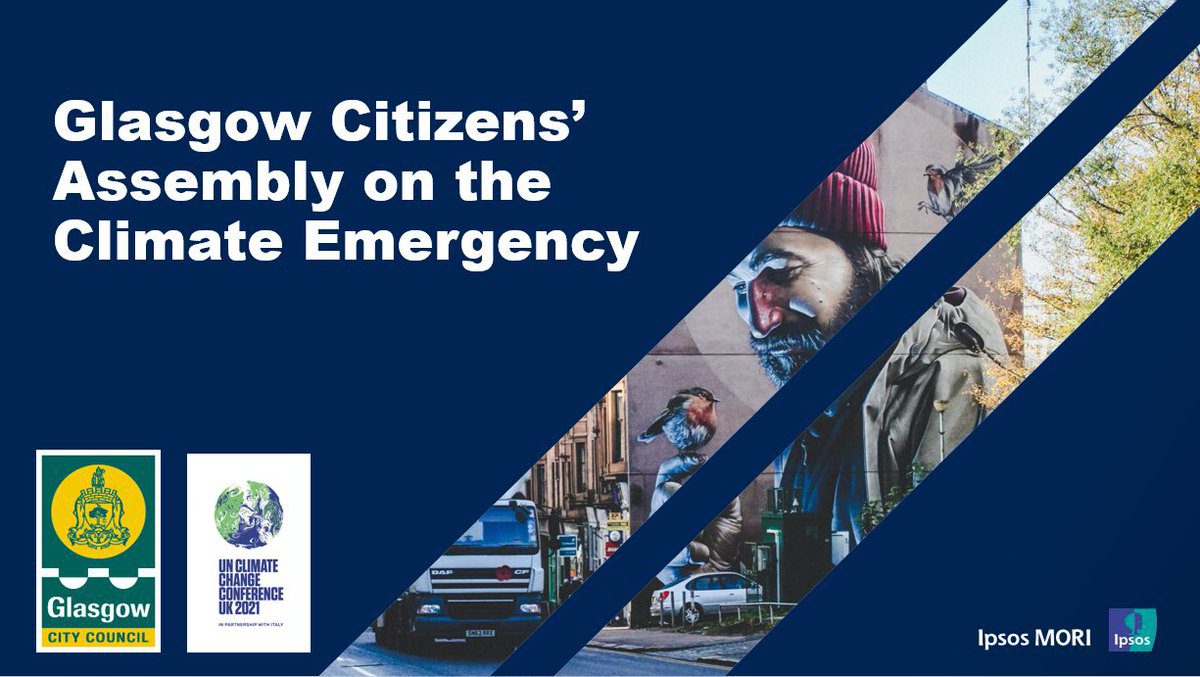 The assembly, which was facilitated by independent research company Ipsos MORI Scotland in conjunction with Glasgow City Council, was set up to answer the question “How can we work together in Glasgow to tackle the climate emergency by 2030?” and involved a randomly selected representative group of 50 residents from across the City.

Having met five times in August, Assembly members were presented with and deliberated on evidence from policy experts on areas that city residents had not already been extensively consulted on previously. Recommendations were then made and ranked in order of priority.

The recommendations mentioned within the report include a broad set of priorities that members would like to see taken forward by Glasgow City Council and its partners. Priorities from Assembly members included a road map which sets out a clear path as to how the City will adapt to the green economy while also identifying training, education and job opportunities.

The group was also keen for the Council to work closely with businesses, charities, and other organisations throughout the City to improve the circular economy infrastructure. This included a ‘circular economy district’ to ensure Glaswegians could easily access reuse and repair outlets which would help reduce carbon-based consumption.

Leader of Glasgow City Council, Susan Aitken welcomed the Assembly’s findings: “I’m pleased that the recommendations laid out in the report reflect the size of the undertaking we have ahead of us, and I’d like to thank the assembly members for their time and effort.

“I welcome how highly the Assembly has ranked issues including access to green jobs and the importance of a just transition. We will incorporate their recommendations in to the work of the Glasgow Green Deal and the Climate Plan. We will also support our partners to achieve the recommendations which are outwith our control.”

“The release of this report comes at an important time as we welcome the world to COP26 next week. Now more than ever, the people of Glasgow will play a crucial role as we transition to a greener, more sustainable future.”

Managing Director of Ipsos MORI Scotland, Emily Gray, commented: “Citizens’ assemblies put people at the heart of decision making and are increasingly being used in democracies across the globe. Tackling the climate emergency is one of the most urgent and complex challenges facing Glasgow, Scotland and the world. Ahead of COP26, Glasgow’s 50 citizens’ assembly members have made their recommendations for future climate action in the city loud and clear.”

In this article:Featured, Glasgow's Citizens' Assembly