Justice for our Veterans 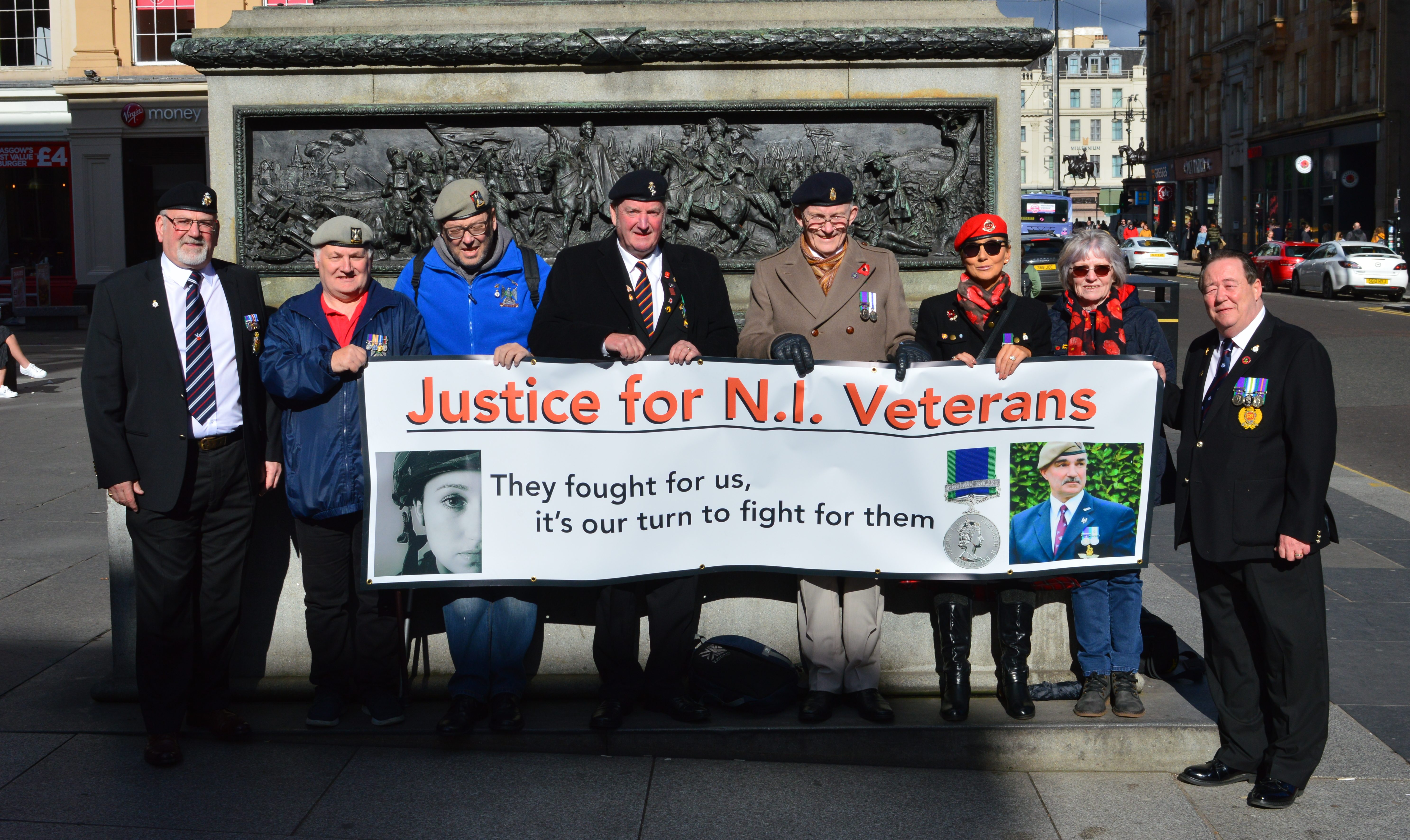 “TERRORISTS are freely walking the streets while the Government shamefully launches “a witch hunt” against heroic Northern Ireland war veterans.”
Suzanne Fernando and fellow veterans took to the city’s Armed Forces Career Office at the same time as a major rally took place across the UK. 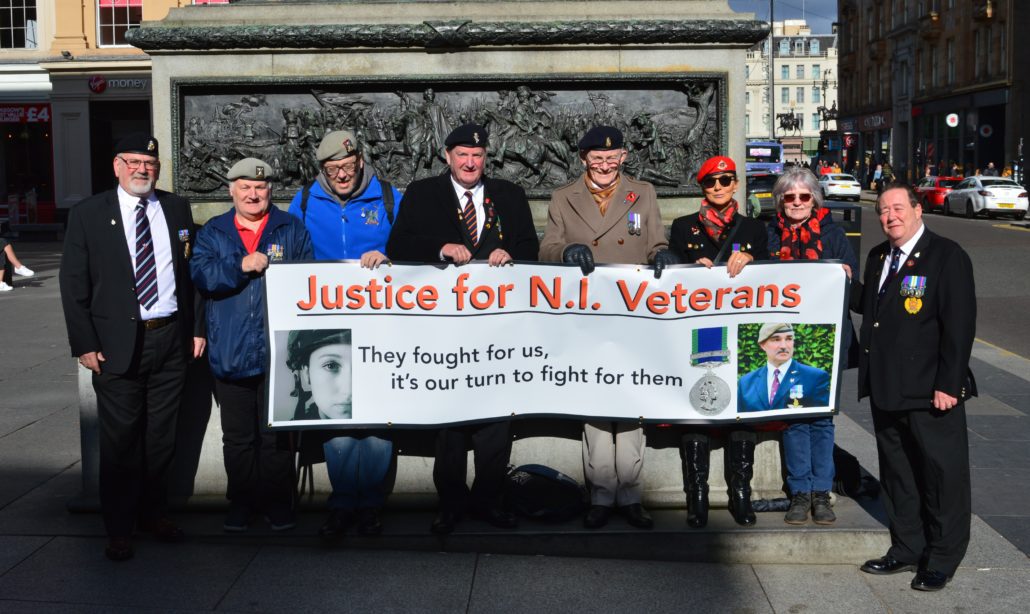 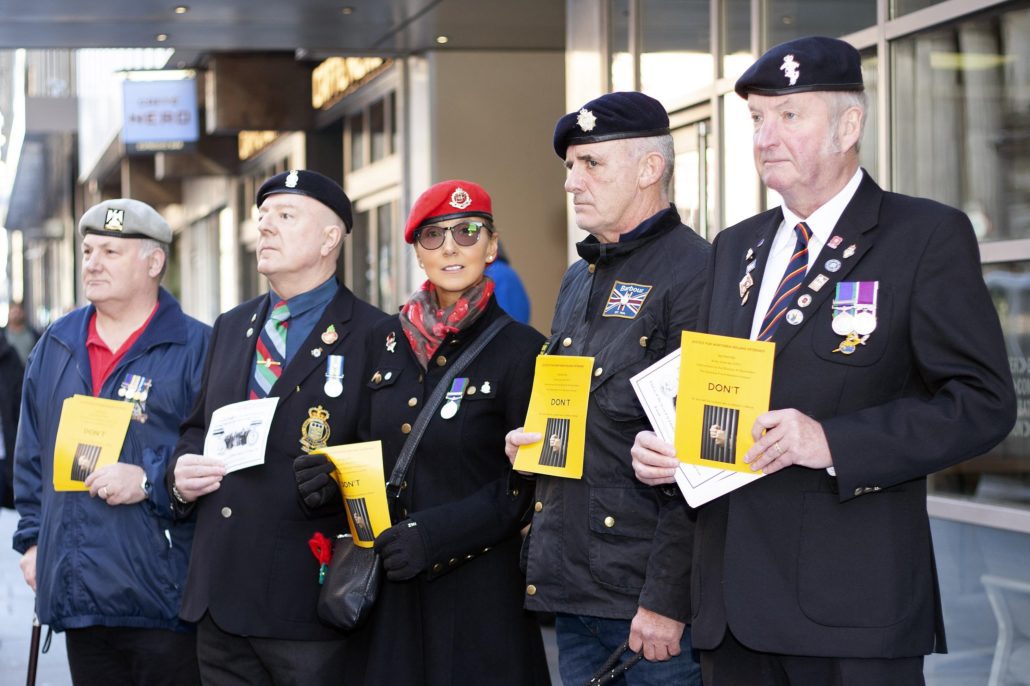 In an emotional speech delivered in front of the Army Careers Office, RMP Veteran Suzanne Fernando, said: “These actions by the British Government are a disgrace and a betrayal to those of us who served. No British soldier ever went on patrol with the intention of committing a crime, no British soldier ever placed a bomb in a pub full of innocents and no British soldier ever placed a bomb underneath a police car.  Yet the IRA continue to walk free, where is the justice in that?  I spoke with various reporters, photographers, radio and local labour MP Paul Sweeney , about whats happening to our veterans. 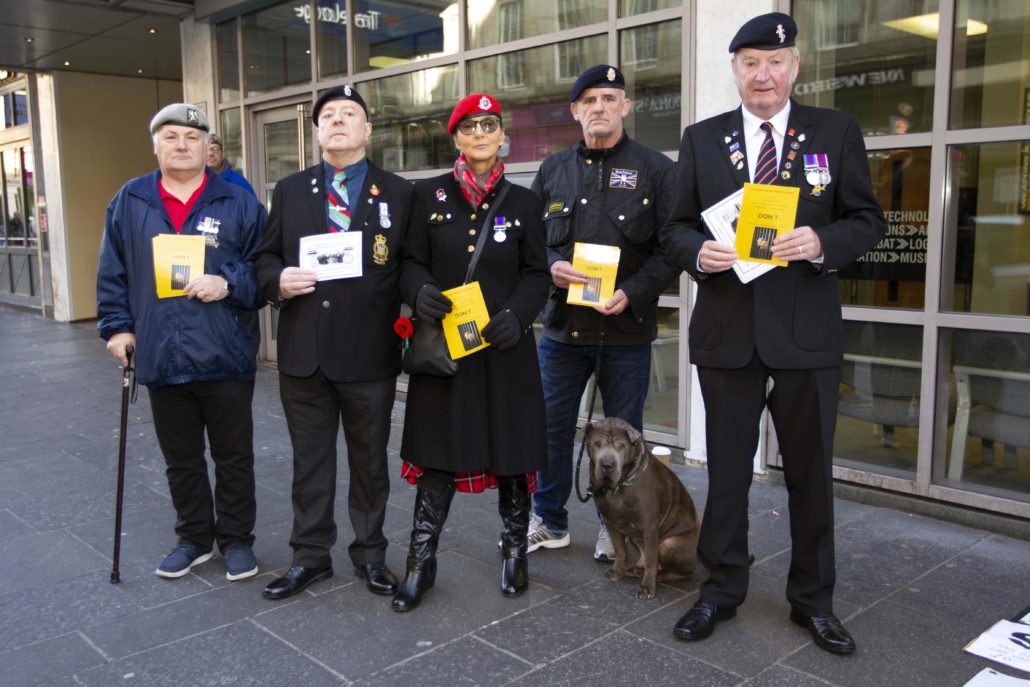 War is a dirty, brutal business, no matter the legal definition you give it, and over nearly 40 years, the troubles in Northern Ireland claimed more than 3,500 lives.  However, of the combatants, for every paramilitary killed two members of the armed forces and security services lost their lives.  And while I mourn the members of our brave forces, I remain unapologetic for the deaths of terrorists, who had criminally taken up arms to force a change the majority in Northern Ireland did not want!  As far as I’m concerned, those who live by the sword, often die by the sword, and that is why it is so disgusting that veterans now face prosecution. But rather than being thanked, veterans today live in fear of a knock at the door to be asked questions about the events of a lifetime ago.  And the odds of being targeted in this post-conflict ‘witch-hunt’ seem to be growing.  I served in the armed forces and I’m appalled some veterans in their 70’s are being arrested and charged with alleged killings in NI during the troubles. This is despite the fact that over 90 per cent of the deaths were carried out by terrorist paramilitaries – why is nobody going after them? We need to bring this nonsense to an end.  During our time in Glasgow we witnessed a great wave of support for our veterans. We’ve got one angle in Northern Ireland getting away with everything but British soldiers being dragged back to the courts. It’s totally wrong.  This is abuse against soldiers who fought in Northern Ireland. There are hundreds of ex-soldiers being investigated. That’s fine, but make sure they investigate the terrorists as well.  The government is wholly committed to finding a lawful, fair, balanced and proportionate way forward for legacy issues in Northern Ireland. We are also very mindful of the fact that some 90 per cent of all deaths in the troubles were caused by terrorists.  Without new bodies to address the legacy of the past, murders by terrorists won’t be investigated any time soon and victims, including families of brave serviceman killed, are less likely to see justice.  Sadly many have suffered with PTSD as a result of serving and took there own lives. Something needs to change NOW”.
One veteran, 75-year-old Dennis Hutchings, was woken up by police in December, who charged him with the attempted murder of an IRA suspect in 1974 while he was serving Queen and country in Armagh.  Many of our Ayrshire veterans served in Northern Ireland, should we be worried too?  Are we going to get woken in the early hours of the morning?
The Good Friday Agreement, signed off by Tony Blair, allowed 500 convicted terrorists linked to the IRA to walk free, something seen as “a grave injustice” by ex-forces personnel who are now watching their own colleagues face prosecution. Veterans claim the vast majority of post-conflict charges relating to Northern Ireland are being made against British soldiers, not former IRA members who already have terrorism offences to their name.
In this article: