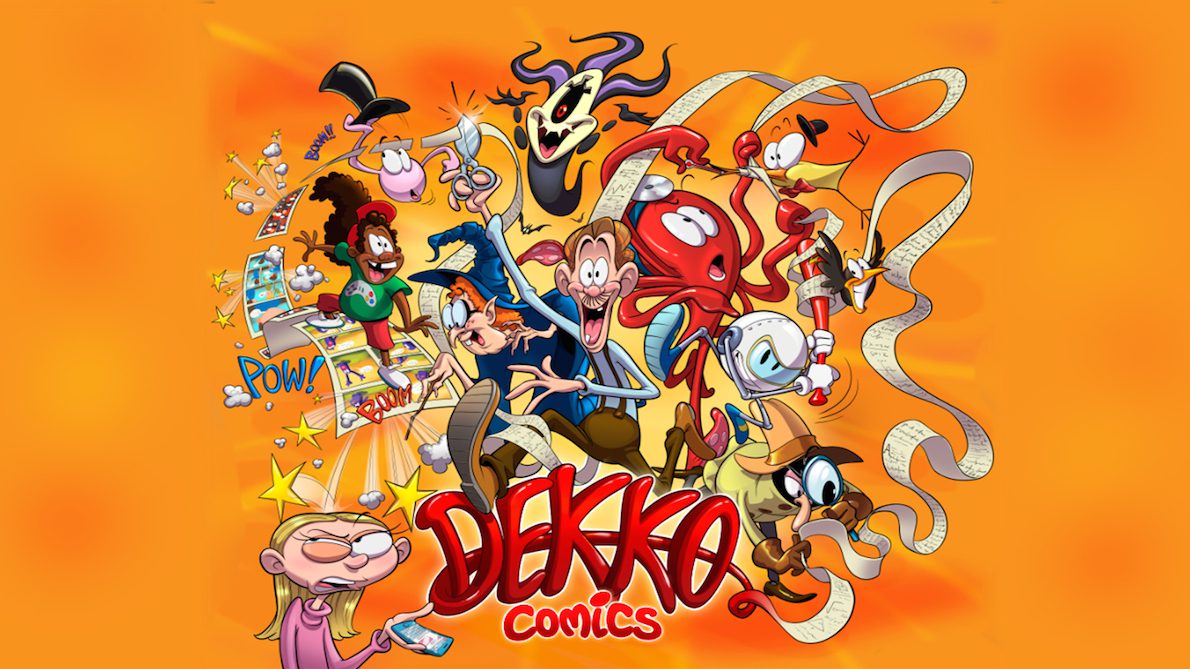 Rossie Stone, director and founder of Dekko Comics will take part in digital events in schools across the country for Maths Week Scotland (Monday 28 September – Sunday 4 October). As part of the Scottish Friendly Children’s Book Tour, Rossie will visit around 1,000 P5-S1 pupils from 12 schools in Aberdeen, Borders, Fife, Glasgow, Highlands, North Ayrshire, South Lanarkshire and West Lothian. Due to COVID-19 restrictions, the school events will be digital through live workshops for the pupils.

Dekko Comics present the school curriculum in accessible and highly enjoyable comic stories. They are based on a technique that Rossie Stone used on himself to overcome his long struggles with Dyslexia. For Maths Week Scotland, the workshops will focus on helping the young people with numeracy-related tasks, demonstrating how numbers can be made fun using comics and illustrations. The pupils will also have the chance to ask Rossie questions at the end of the session.

Dekko Comics will also provide fun videos for Scottish Book Trust’s social media, aimed at young people who struggle with their schoolwork. Also as part of Maths Week Scotland, there will be a special resource for supporting early numeracy with Bookbug sessions, as well as a live Bookbug session about numbers on Facebook. Songs and rhymes related to numbers can be found through the free Bookbug app.

Now in its fourth year, Maths Week Scotland is part of the Scottish Government’s drive to encourage positive attitudes to numeracy and maths, and is developed and delivered by National Museums Scotland.

“Maths is an important, fascinating thing but textbooks aren’t always good at convincing us of that. That’s where Dekko comes in! I love being able to take difficult topics and turn them into a form of entertainment with the people who attend my workshops.”

“Despite current restrictions, we are pleased to be able to bring Rossie Stone to schools across the country for the Scottish Friendly Children’s Book Tour. Dekko Comics engage many young people to learn in new ways thanks to their fantastic illustrations and stories. Their Maths Week Scotland special events are sure to help pupils enjoy numbers and reading.”

In this article:books, Featured, glasgow, scotland

It’s time for a well overdue catch up! – The much-loved Question Session is set to make its return starting this February with a...

A Glasgow City Council committee today (25 November) awarded the contract for the Govan – Partick Bridge project to Farrans (Construction) Limited.  This a Glasgow...

Please note the M8 will be subject to lane restrictions and road closures from 6am on Saturday, 30 October and not 8pm as previously...