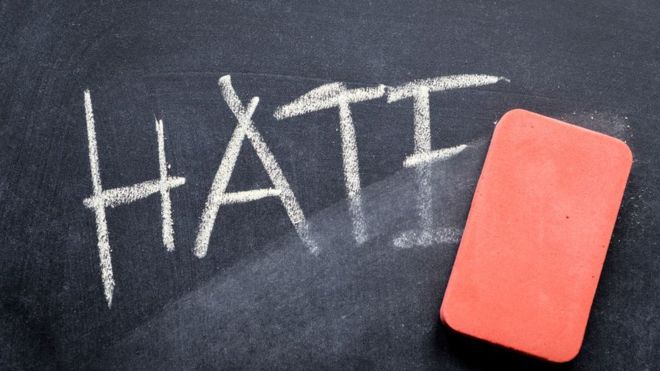 Schools across Glasgow have been invited to take part in a new art competition ahead of the city’s annual Hate Crime Awareness Week (HCAW) next month.

Young people are being asked to submit entries representing what hate crime means to them. There is a £250 prize for the winning entry in each category – Primary School Award and Secondary School Award.

A selection of the entries will go on display in the City Chambers during HCAW which runs from 7 – 13 October.

Glasgow was the first city in Scotland to mark HCAW.  The city took up the campaign to encourage activity to address hate crime and to educate and raise awareness of the harm and devastation it causes.

Now in its fifth year, HCAW encourages the public – victims and witnesses – to speak out and report hate crime incidents.

The council has a team of ambassadors who deliver training and foster support around hate crime awareness. It encourages agencies to work alongside partners in both public and voluntary sectors as well as in communities affected by hate crime.

A hate crime is any crime motivated by prejudice or hate against a person because of their race, religion, sexual orientation, disability or transgender identity.

He said: “Improving public awareness of hate crime and how to respond to it is at the heart of this campaign. This includes educating our young people about diversity, equality and inclusion.

“We all have a responsibility to stand up against hate crime in all its forms. It’s important that we all work together towards creating a society where everyone feels respected and valued.

“I’m delighted to have our schools – both primary and secondary – involved this year and look forward to seeing what young people think about hate crime and what it means to them through their submissions.”

Schools have until Thursday 26 September to submit their entries.