Renfrewshire has a bright idea to tackle dog fouling 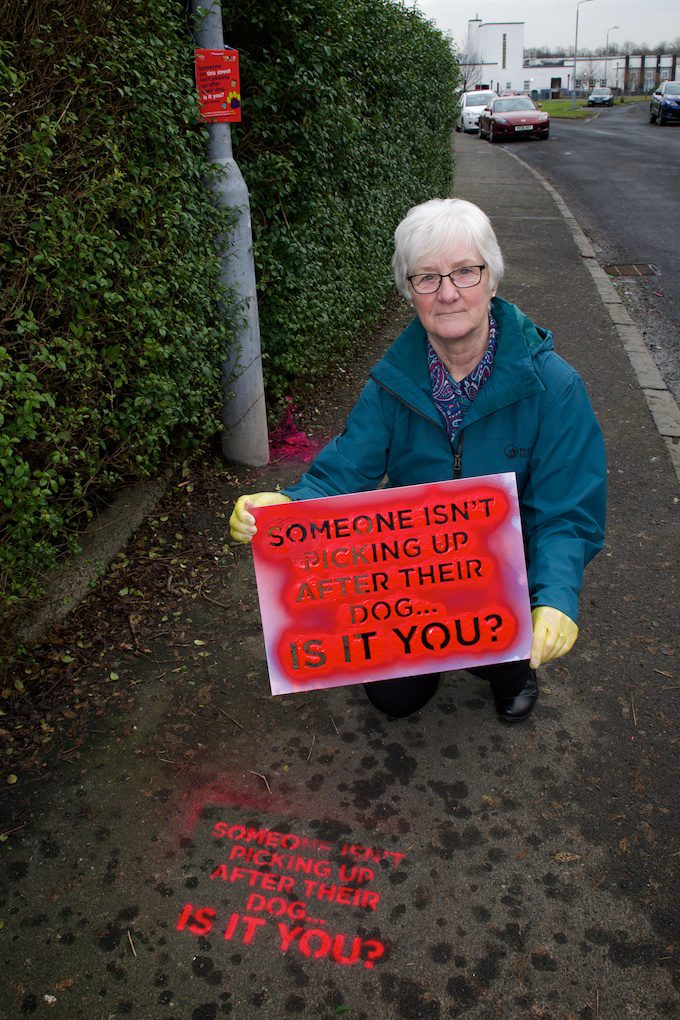 Streets across Renfrewshire are being sprayed pink, red, blue and green as part of an innovative campaign to tackle dog fouling in the area.

As part of Renfrewshire’s Team Up to Clean Up campaign, streets where dog fouling has been identified as a major issue are being targeted to improve their cleanliness.

Officers will be spraying any dog waste found within the targeted street with biodegradable spray paint, as well as stencils in each street with the message “‘Someone isn’t picking up after their dog…is it you?”.

There will also be informative posters placed in the area as well as enforcement activity carried out to monitor the situation, reducing the level of dog fouling in the short and long term.

Councillor Cathy McEwan, Convener of Renfrewshire Council’s Infrastructure, Land and Environment Policy Board, said: “It is unacceptable for an owner not to pick up after their dog or fail to dispose of it correctly.

“This innovative campaign will force people to sit up and take notice of the problem within their street and think twice before they fail to pick up after their pets again.

“We know there is a large majority of responsible dog owners in Renfrewshire who always ensure they carry a bag with them on their daily walks, it is the minority who don’t that we wish to change.

“If we can grab their attention through this campaign then we can begin to change their behaviour and make our streets safer and cleaner for everyone.”

The approach has been trialled successfully in other areas local authority areas across the UK and has seen a significant reduction in the level of dog fouling in the area, as well as a change in the behaviour of local dog owners.

To sign up to be a Responsible Dog Owner in Renfrewshire, go to www.surveymonkey.com/r/responsibledogowner.