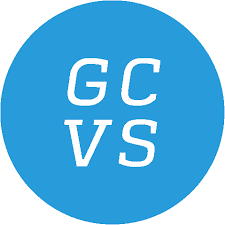 Glasgow’s £55milion-plus grant scheme for the city’s third sector has been given the green light, with the fund now made easier for organisations to apply.

It follows many months of engagement and collaboration with key community and third sector groups, with new and simplified process for applying tested by a diverse selection of key community organisations.

Secured with cross-party support, the £55,871,742 includes ring-fenced funding for groups delivering financial inclusion support in their area. The funding will be distributed to successful applications from April 2023 until March 2026.

Introduced in October 2020, Glasgow’s Communities Fund helps tackle and reduce poverty and inequality, promote inclusion and help build resilience in communities. It replaced the former integrated grants fund and has seen almost 300 groups benefit over the last few years. The change meant that many grassroots organisations which had been excluded from the previous fund were able to access financial resources and deliver services during the unprecedented challenges of the COVID pandemic.

As part of the review of the fund, council officers, the Glasgow Third Sector Interface Network (GTSIN) and the Glasgow Council for Voluntary Sector (GCVS) held a series of positive sessions with both currently-funded groups and potential new applicants.

The sessions have influenced and shaped the streamlined application process, which reduces the number of supporting documents required for an application.

Councillor Christina Cannon, City Convener for Education, Communities and Equalities, said it was essential to make the fund as accessible as possible.

Councillor Cannon said: “We only need to look at some of the statistics to see the difference the fund is making. On average, each project funded engaged with almost 2500 citizens during the last year.  The numbers speak for themselves and opening the fund up has extended it to even more Glaswegians during an absolutely critical time for communities and putting money directly into the pockets of local organisations.

“We now want to build on that and ensure no group is unnecessarily excluded from applying.

“Both established and new organisations across every council ward have given us their views and ideas to help shape the new and more straightforward application process.

“Benchmarking against other national grant funders including the National Lottery Fund has also helped us develop a new online service that’s fair and equitable.

“Officers will continue to support organisations during the application process, with GCVS offering to provide advice and review applications.

“By working together with community groups and third sector organisations we will make a difference to the lives of many Glasgow citizens. Whether that’s improving their health and wellbeing or breaking down barriers that are stopping people getting help, we will do everything in our power to make this happen.”

The deadline for applications to the fund is Monday 12 September 2022.

A future committee report seeking approval of recommended successful applications will be back at City Administration Committee at the end of the year and if approved, grant awards will be issued in January 2023 for March 2023 funding.