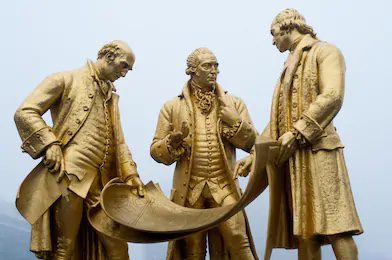 An appeal is being made for relatives of those who perished in Glasgow’s deadliest fire to help decide the detail of a memorial and the associated installation ceremony.

It’s being led by councillor, Bailie Marie Garrity, whose constituent, Mrs Anne Benedetti (78) lost her husband in the notorious James Watt Street inferno. Mrs Benedetti was among those lobbying last year for a permanent memorial to mark the 50  th   anniversary of the tragedy.

Bailie Garrity, has secured a donation of a paving-stone style memorial from Co-op Funeralcare and is keen for affected families to take ownership of the project.

Bailie Garrity said: “I’m looking for relatives to get in touch with me. I’d like to meet with them, update them about the progress that’s been made and involve them throughout this process. One of the significant challenges has been coming up with a suitable way of commemorating those who, so cruelly lost their lives. The former factory is now a car park. That’s why a paving-style stone inserted in the ground seems the best option.

“The 50 th anniversary was a very emotional milestone. Although this fire happened half a century ago, it’s still very raw for relatives. The generosity of Co-op Funeralcare means so much to those left behind. They’ll finally have a permanent stone remembering their loved ones.

Those who died at the former whisky bond premises, found themselves trapped or overcome by poisonous fumes inside the three-storey building housing the Stern upholstery factory and glass making business, G. Bryce.

Some died from the effects of the fumes from the polyurethane foam blocking the stairs that caught fire, or found doors leading to fire escapes locked. Eye witnesses also spoke of the trauma of seeing people perish at windows with security bars.

Around 100 firefighters attended the inferno that broke out at 10.30am and took more than four hours to bring under control. The tragedy, one of a spate of fires in Glasgow, reinforcing its reputation as the Tinderbox City. Often the result of poor buildings standards and the inappropriate change of use of buildings.

A subsequent Fatal Accident Inquiry led to the introduction of improved workplace fire safety laws and greater powers for the Fire Brigade.

Mrs Anne Benedetti said: “It’s really nice of the Co-op. If it happens it will be great. It’s a long time coming.”

Colin Thomson, Senior Funeral Director at Co-op Funeralcare, who oversees 18 of the city’s funeral homes, including the one at Tradeston near the site of the fire, said: “I saw the coverage of the anniversary of the fire and contacted Bailie Garrity to say the Co-op would like to give the relatives a memorial. We’re proud to offer our help.”

The black polished granite stone, measuring two foot by three foot, and two inches thick, will carry the names, engraved in relief, of those who lost their lives.