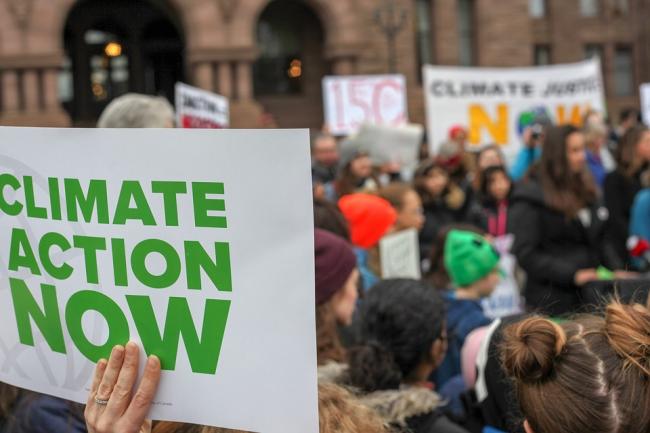 Glasgow’s Climate Emergency Working Group has delivered a report with over sixty recommendations that provides a pathway to a carbon neutral city.

The working group, which included representation from all four political groups at the council, citizen activist groups and Glasgow Chamber of Commerce, has set Glasgow a target of carbon neutrality by the year 2030 – seven years ahead of the previous 2037 target.

Established in February, the group was given just six months in which to draw its conclusions and report back to the council in recognition of the need to respond to the growing concerns of the impending climate crisis. The council formally declared there was a climate emergency at a meeting of all 83 city councillors in May this year.

The recommendations in the report have the potential to affect all council departments and cover broad ranging issues such energy use, roads and transport, development, infrastructure and planning, waste management, food and pensions.

Examples of specific recommendations in the report include a push for:

–  the low energy efficiency of the city’s older housing stock to be addressed,

– an end to single-use plastic and a plastic free shopping zone,

– a wider roll-out of car free zones at schools and other locations.

–  the council to become a beacon for other city organisations on carbon reduction.

Full details of all recommendations and the wider report can be found in the committee papers for the forthcoming meeting of the council’s Environment, Sustainability and Carbon Reduction Policy Development Committee.

Councillor Martha Wardrop, who chaired the Climate Emergency Working Group, indicated there could no delay in the work to act upon the report’s recommendations.

Councillor Wardrop said: “As chair of the working group, I welcome the increased ambition for Glasgow to be carbon neutral by 2030, having driven this vital climate emergency work in the city.  Delivering that vision will require working with the business community, third sector, communities and citizens to achieve a just transition.

“With only ten years to make radical changes we need action to start right away. For instance, there are already plans for a city-wide network of segregated cycle ways and so there are areas where we can move quickly.  The climate emergency must also be placed front and centre of Glasgow’s economy and so a revised economic strategy for the city is essential. But we also need the Scottish and UK Governments to do their bit, particularly on decarbonising how we heat our homes.

“There was also a clear message from the group that the council works with other authorities to shift its pension funds away from fossil fuels.  With Glasgow looking likely to host next year’s UN Climate Summit, that’s the sort of radical action we need if we’re going to back up ambitious targets with real change in the wider economy.”

Councillor Anna Richardson, City Convener for Sustainability and Carbon Reduction, said Glasgow was already heading in the right direction, but it was now clear the pace of carbon reduction in the city has to accelerate.

Councillor Richardson said: “There is no question the stand out recommendation from the report is that Glasgow is carbon neutral by 2030. The previous target of achieving carbon neutrality by 2037 was itself ambitious but it is obvious that we must now go further and faster than we’ve done before.

“Cities have an opportunity to lead the response to the global climate emergency, and the work of the Climate Emergency Working Group means that Glasgow is now well placed to show that leadership.  If COP26, the UN conference on climate change, does come to Glasgow in 2020 we will be perfectly placed to show the world how a net zero carbon city can be achieved.”