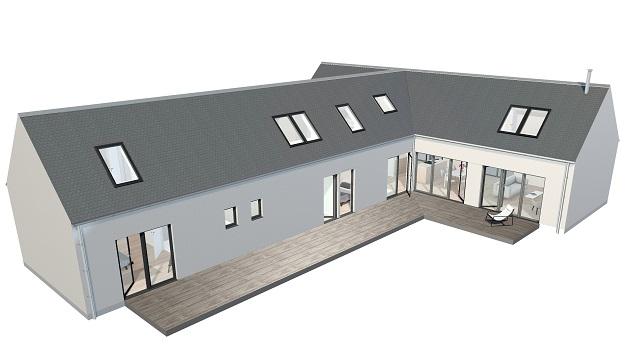 A drop-in event is being held in Maryhill Burgh Halls on Saturday 24 August that will provide information on an innovative self-build project in that part of Glasgow.

Experts from a variety of fields will be available to discuss and present on the different models of self-build, as well as related issues such as finance, and anyone who is interested in building their own homes – either independently or with friends – is welcome to come along.

The event will run between 10.30am – 1.30pm, and afterwards there will be a chance to take part in a site visit to the nearby location of the second phase of the project.

The first phase – six serviced plots in Bantaskin Street in Maryhill – has now entered the ‘Build’ phase, with homes to be completed over the next two years.

A further two plots for sustainable self-build will be released later this year followed by a rolling programme of plot releases.

Glasgow Councillor Kenny McLean, City Convener for Neighbourhoods, Housing and Public Realm at Glasgow City Council said: “This self-build project offers the opportunity for people to build their own home on plots of various sizes, often at a much lower cost than they would otherwise face, while at the same time helping to regenerate the city.  This first stage has helped to inform the project as it rolls out to other parts of the city, and I would encourage everyone with an interest in building their own home to come along this Saturday.”

Angie Doran, Self-build Co-ordinator at Glasgow City Council, said: “The council is keen to promote alternative, affordable models of housing.  Glasgow’s population is growing and we want to retain people within the city by providing for growing households.  Self-build provides the opportunity for people to work together – sharing costs and building relationships as they build their houses. Self-builders invest emotionally in their homes and are more likely to stay in the community for the long term.”

Anyone who is interested in building their own homes – either independently or with friends is welcome to come along. We are open to the development of different models of Self Build depending on the interested parties and viability.