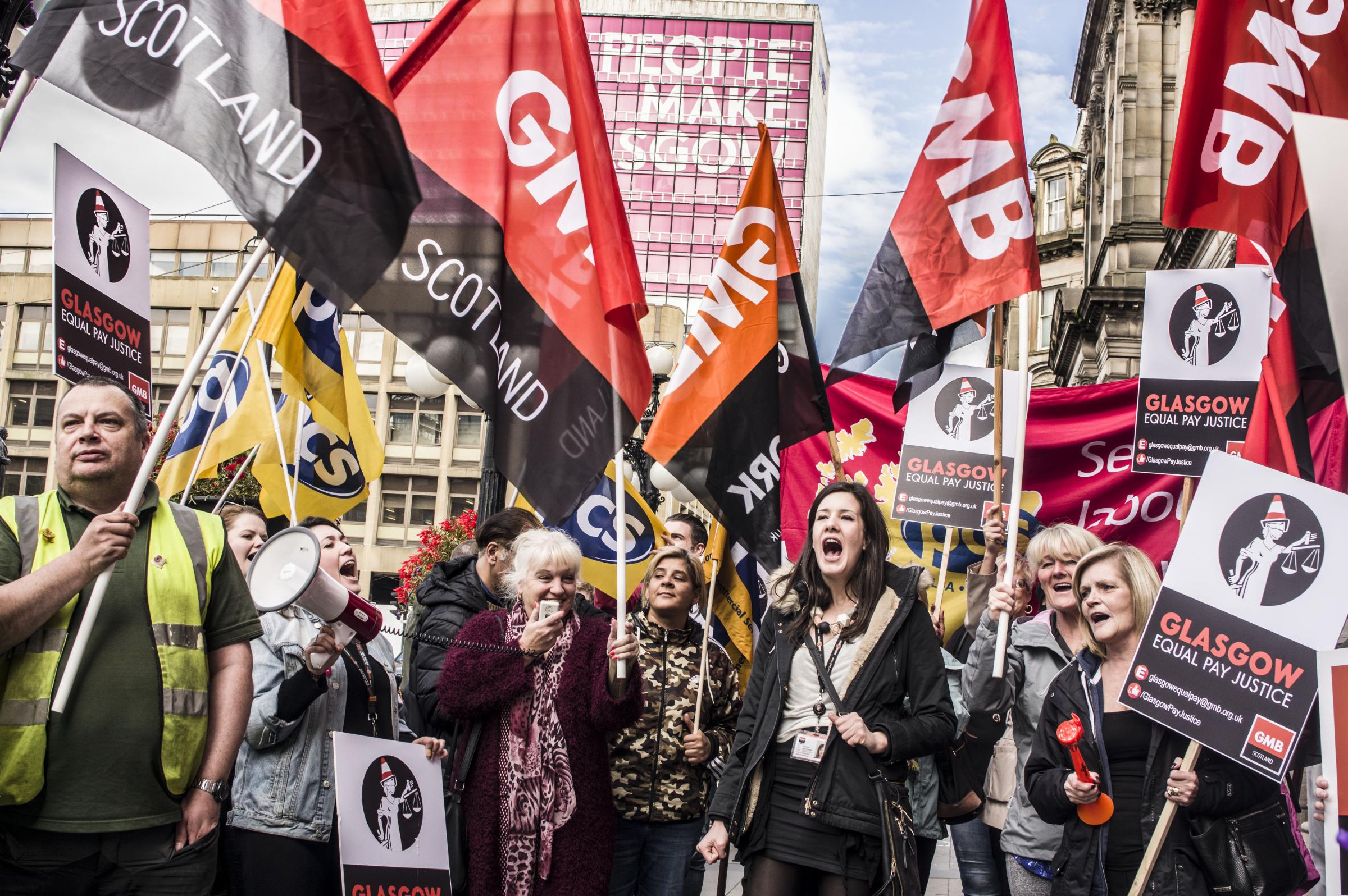 PAYMENTS to Glasgow’s thousands of equal pay claimants have begun, it was confirmed today.

The update came as members heard the council had concluded the first of three deals to finance the settlements, with the other two on track to be signed during summer recess.

The first – and biggest – deal is a partnership with insurance and pensions giant Legal & General.

The FTSE 100-listed firm is investing £285 million over 30 years; refinancing City Property’s existing portfolio as well as its purchase of the SEC Armadillo, Glasgow City Halls and Glasgow Museums Resource Centre – all of which will be leased back by Glasgow City Council.

Cllr Aitken said: “Today is the day we can finally allow ourselves to say we are making good on equal pay and a promise of justice for thousands of women workers.

“Today is the day that hundreds of millions of pounds starts to find its way into the pockets and purses of thousands of people who earned it and who always should have had it.”

The council concluded its deal with Legal & General on Wednesday and immediately started the process of making payments to claimants.

It is expected that settlements will arrive in claimants’ accounts today and tomorrow, although exact timings will depend on each individual’s own banking arrangements.

Further batches will then be paid, daily, in the order they were accepted by claimants and within the agreed timescales.

Cllr Aitken said: “This is a hugely significant step forward for the council and the city as a whole. This deal not only means we can meet our responsibilities on equal pay – but do so while safeguarding the future of the city’s property assets in public use.

“I’m very pleased to be doing that in partnership with Legal & General, which has already shown great confidence in Glasgow as a place to invest.”