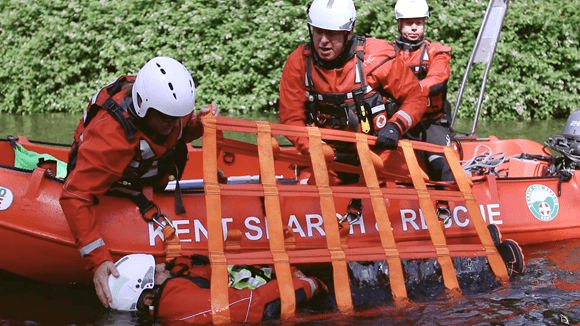 Lifeboat charities across the UK can now bid for Government cash for life-saving equipment.

The fund is open to search and rescue teams in England, Scotland, Wales and Northern Ireland to buy new boats, engines or other equipment.

So far, the £6million scheme has paid for 82 new boats, more than 1,800 items of equipment for rescue operations and in excess of 5,000 items of crew kit to keep volunteers safe on missions.

“We want everyone to be safe on or around water, but occasionally people get into trouble.

“These charities do amazing work and I’ve seen first-hand how they help people in their hour of need.

“I’m proud that this fund has already helped more than 100 groups buy the vital boats and equipment they need to rescue those in need. I want to see even more people benefit from this fund this year.”

In May, the government announced it had secured a further £1million for the fund, taking it into its sixth year and bringing the overall total to £6million.

OxSAR has received about £40,000 from the fund to buy a new rescue boat, lifevests, drysuits and other equipment to help them find and rescue people, while also keeping the volunteers who risk their lives to save others safe.

This year’s fund has opened for bids as part of the Department for Transport’s first ever Maritime Safety Week.

At the start of the week, the Government launched its Maritime Safety Action Plan, which sets out ambitious targets to cut the number of preventable deaths on UK waterways.