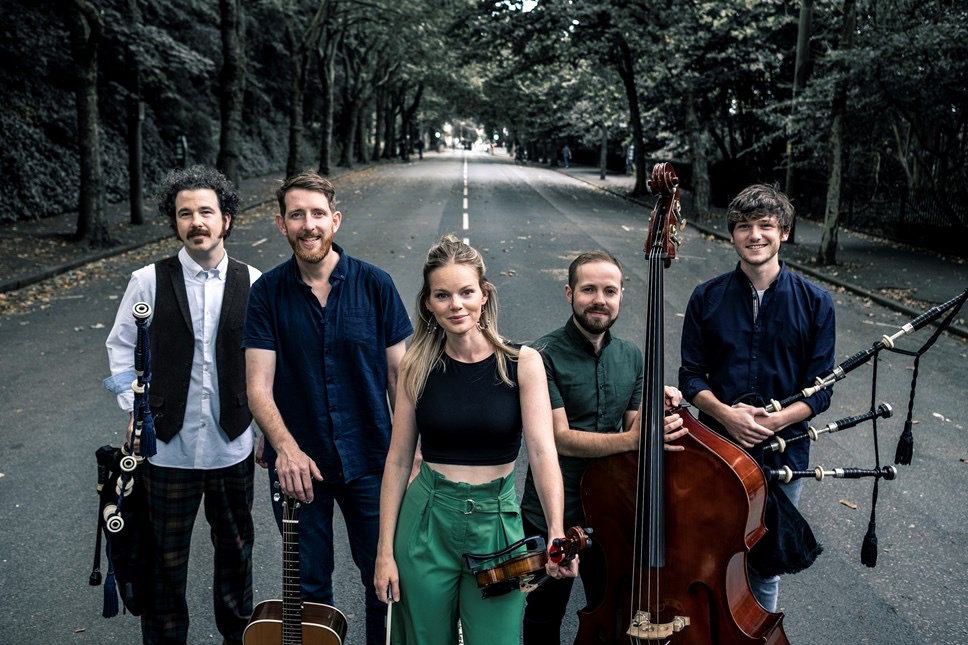 Scottish musicians will be in the global spotlight this month when more than 100 leading music promoters, record label representatives and agents from across the world will gather virtually, for the 21st annual Showcase Scotland event at Celtic Connections.

From Wednesday 20 to Friday 22 January, the music industry delegates from 25 countries will experience performances from Scottish bands and musicians including Elephant Sessions who will appear in a stream from Ironworks in their hometown of Inverness, Siobhan Miller, who was recently awarded BBC Alba Scots Trad Award’s Scots Singer of the Year, as well as emerging artists as part of the online Danny Kyle Awards.

Each delegate will also have access to the full online Celtic Connections programme, bringing Scottish artists to a truly global stage.

The event, which is supported by Creative Scotland and organised by Active Events on behalf of Celtic Connections, provides invaluable opportunities for the artists to raise their profile and secure new opportunities, as well as highlighting the dynamic music scene in Scotland.

The average annual income from gig and concert bookings and album sales generated for Scotland-based artists from the usual invited delegation to the Showcase is in the region of £3million.

Each year, as part of Showcase Scotland, Celtic Connections partners with a country to help create new international links and advance opportunities for their musicians. In this 21st anniversary iteration of Showcase Scotland, Scotland is the selected country and a special focus on Gaelic artists will feature through a specially commissioned film, Gaelic the Untold Story. Produced with support from BòrdnaGàidhlig and Creative Scotland, Mary Ann Kennedy tells the story of the language, arts and culture in a 30-minute documentary, highlighting the importance of music and song in keeping the language alive.

Donald Shaw, Creative Producer for Celtic Connections said: “It’s brilliant to see Showcase Scotland celebrate its 21st edition, albeit in a different way than originally planned. I am delighted to see the Gaelic language take centre stage as part of this year’s showcase. As a festival we connect with international cultures and indigenous languages through music, especially this year as we take Celtic Connections to the world, so using this opportunity to showcase one of the languages of our own culture to delegates and audiences on a global scale is fantastic. Showcase Scotland at Celtic Connections continues to provide opportunities for Scottish musicians, and it is great to see it continue this year.”

Alan Morrison, Head of Music, Creative Scotland said: “Showcase Scotland’s 21st anniversary presents a fantastic opportunity for us to come together from near and far. As ever, we’ll be shouting from the rooftops about Scotland’s traditional music and the world-class artists who are eager to get back out and performing in the months and years to come. At Creative Scotland, we’ve worked hard with the Scottish Government to keep the music industry afloat in this most difficult of years. We hope that Showcase Scotland will provide the bridge that’s needed to ensure our musicians have a bright future playing the towns and cities in your part of the world.”

Lisa Whytock, Active Events said: “It’s important to stay connected with the international music industry and for our artists to remain in the spotlight. It’s been a very difficult year for a lot of people and for artists they have not worked since March. This edition will bring together the industry from as far away as Australia, the US and Canada to all corners of Europe in a very different, but immensely important edition of Showcase Scotland.”

Brian O hEadhra, Partnerships Manager, BòrdnaGàidhlig said: “Gaelic is important to Scotland’s identity both at home and internationally. We are happy to support the Gaelic Showcase once again this year and hope that festival organisers will see the wealth of Gaelic artists there are, and in return give Gaelic artists the opportunity to take the language across the world.”

Joe Frankland, CEO, PRS Foundation said: “Following a very successful Virtual Visit event in 2020 which set the tone for how the global live sector can engage with outstanding Scottish talent online, we are very pleased to be supporting this week’s Showcase Scotland at Celtic Connections event. With so many barriers to music export, it’s vital Scottish artists and bands are seen by industry delegates around the world. The combination of virtual showcases, trade fairs and informal networking will no doubt get great results this year, and we can’t wait to gather again soon for more of the same.”

Simon Thoumire, Hands Up for Trad said: “It’s brilliant to be going live for Showcase Scotland 2021! If we can’t be there in person at least we can bring you some live streamed music from afar. It will be great to see all the delegates again even if it is only one a screen!”

Megan Henderson from Breabach said: “It’s great to have such a brilliant focus on Scotland and in particular Gaelic artists this year. Showcase Scotland really delivers opportunities for artists and for us was the catalyst to collaborations with the likes of Sydney Opera House. It’s great to see it happening and to so many of the international music industry being involved.”

In this article:celtic connections, Featured