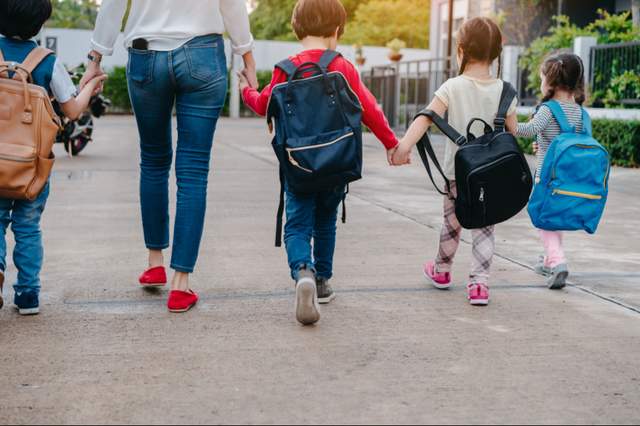 Pupils who attend Sighthill Campus in the north of the city – made up of St Stephen’s Primary and St Kevin’s Primary for children with additional support need – will now join as one school from the October 2022.

The merger was agreed today – Wednesday 22 June – at the council’s City Administration and following extensive engagement with pupils and families who attend both schools.

The city’s new education convener, Councillor Christina Cannon has welcomed the merger and says that it is the beginning of a new era for the school with lots of exciting opportunities for the children and staff to learn from each other as one school.

Councillor Cannon said today: “St Stephen’s Primary and St Kevin’s Primary moved to the new state of the art Sighthill Campus a few of years ago. St Kevin’s Primary School meets the needs of children with additional support needs. Children from both schools have had many opportunities to learn and play together.

“The headteacher who leads both schools, has been working with parents of the schools since they moved into their new school building in November 2019 to gather views on whether it would be best for both schools to merge with the appropriate supports in place.

“This has included reassurance to St Kevin’s parents that if the proposal to merge is agreed, their child’s individual additional support needs will continue to be met in the same way as before and where beneficial, alongside their mainstream peers and with the correct specialist help.

“Both schools already adopt a very inclusive ethos with families of both schools deciding to wear the same uniform since the move to help foster and nurture a close school community learning and playing together under the one roof.

“This is a lovely story that supports Glasgow’s vision for inclusion.

“The school communities, now that the merger has been formally agreed, can  move forward as one and this includes deciding to consult on a new name for the school in the near future.”