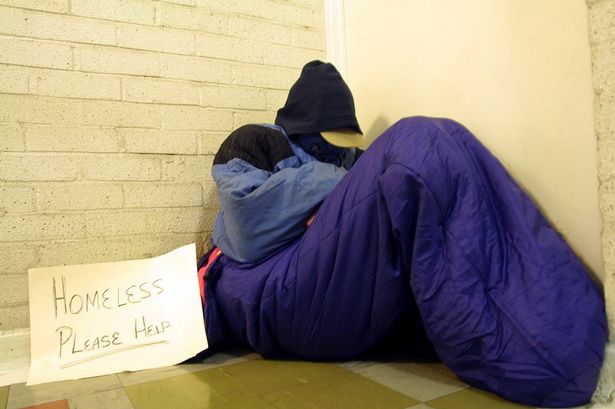 Both the Garage and Cathouse night clubs are also hosting Street Change Glasgow donation points and it is hoped more businesses will sign up soon to expand the network across the city centre.

Third sector organisations, businesses, Glasgow City Council and the city’s Health & Social Care Partnership (GCHSCP) have teamed up with Simon Community Scotland to launch the new alternative giving scheme. It offers the public an alternative to putting change in a cup, to help bring about positive, long term change for people involved in street begging.

Glasgow’s Lord Provost’s Fund has donated £10,000 towards the initiative and CGI, the council’s I.T. provider paid for the new donation points which accept donations via contactless bank cards. A raffle by Best Bar None Glasgow also raised almost £4500 for the fund.

Street Change Glasgow will help vulnerable people improve their lives long term. The fund will be led and managed by Simon Community Scotland and payments will be made to individuals via Glasgow’s Street Team which works with people on the streets and is funded by GCHSCP.

Money from the fund will be used to pay for items such as travel to or clothing for job interviews, to provide tools or protective clothing required to take up a job offer or continue employment or to help people access training.

Lorraine McGrath, Chief Executive of Simon Community Scotland said: “We are constantly working to find new ways to reach, respond and resolve the kind of desperation that drives someone to street beg. Street Change Glasgow provides one such new way for us to reach and bring new options for people  to assist them to move away from the harms that result from street begging. We are delighted and privileged to host the initiative and bring all of our expertise in responding to the most extreme vulnerabilities of those caught up in all forms of street lifestyles. We know from direct experience what difference having access targeted funds can make in bring change for even the most chronic and concerning circumstances, working person by person to find what works for them.”

Street Change Glasgow is based on a similar scheme in Manchester which members of Glasgow’s Working Group on Street Begging visited while developing this initiative.

Councillor Allan Casey, Chair of Glasgow’s Working Group on Street Begging, said: “Glasgow City Council is proud to be a partner of this exciting initiative which will be a first of its kind in Scotland. Glasgow is a generous city and people care deeply about those who are vulnerable and marginalised. They regularly give their spare change to people who are begging. This may help in the short term, but may not bring about positive, long term change in that person’s life.

“Street Change Glasgow will offer the public a new way to help, which aims to deliver long term change for individuals – giving them personalised practical support to improve their lives by pursuing positive paths.”

Drew Burns, Network Rail’s station manager for Glasgow Central, said: “Over 40million customers pass through Glasgow Central every year and they are always quick to support the charity initiatives we host in the station. The Street Change Glasgow project will give passengers another option for donating to help the city’s most vulnerable residents and we are pleased to be part of it.”

Brian Fulton, Owner / Director of Hold Fast Entertainment, which runs the Cathouse and the Garage, explained why his company is supporting the scheme.

He said: “We hope Street Change Glasgow will make a real difference to vulnerable people’s lives. It is an innovative concept and I’m sure the contactless donation points will be popular with our customers. Many young people don’t carry cash these days, but still want to do their bit to help people who are less fortunate, so contactless donations will appeal to them.”

Further information on Street Change Glasgow can be found at https://www.streetchangeglasgow.com/