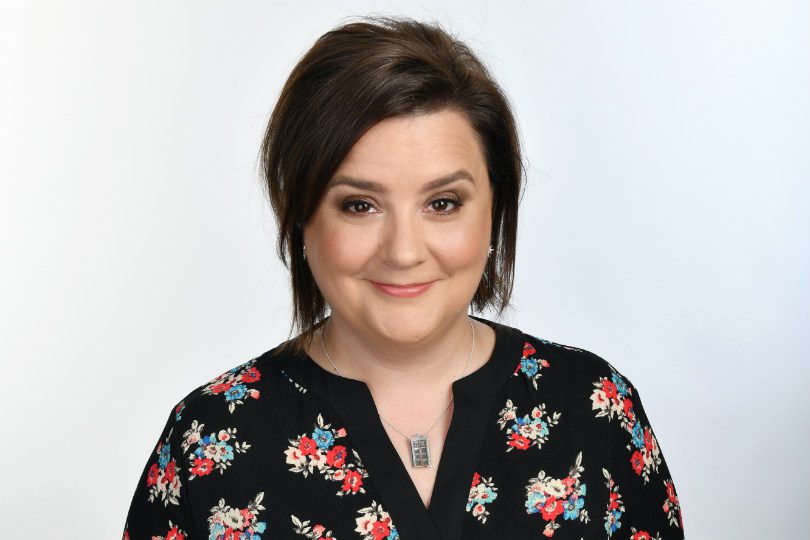 Hey everyone, it’s Lucas here back with another article. I am sorry it has taken me almost three weeks to give you all another article but life has been a bit busier than expected and I struggled to think about what to write about. I am back now though and hope you all enjoy this article.

Susan Calman is one of Glasgow’s most brilliant and best know comedian’s. Her full name is Susan Grace Calman and she was born on the 6th of November 1974, making her 46 this year. Susan was born to parents Ann Wilkie a former deputy headteacher for a primary school and Sir Kenneth Calman who is the former chancellor of the University of Glasgow, is the former Chief Medical Officer for Scotland and also England and Wales and is currently an oncologist. Susan is one of three children with herself being the youngest, she has an older brother and an older sister. She came out as a lesbian in 1993 and has spoken openly about her difficulties of growing up gay within Glasgow, Calman got with her now-wife Lee McCormack in 2002, they entered a civil partnership in 2012 after ten years together and in 2016 they got married. They currently still live in Glasgow and have cats in 2018 they had five casts the number now is unknown.

Susan has openly spoken about being extremely unhappy as a teenager and has spoken openly about her attempt to take her own life at 16 within her books Cheer Up Love: Adventures with Depression and The Crab of Hate and Sunny Side Up: a story of kindness and joy and interviews. I am currently listening to Susan’s Cheer Up Love: Adventures in Depression and The Crab of Hate as an audible book and I have thoroughly enjoyed it so far, Susan speaks about her experiences with depression in a serious but fun way, her book isn’t dark like some people would expect. Susan is fun, happy and speaks openly about everything she can, she can be serious at times but she is quick to add a bit of humour to it if she can.

As a teenager Susan attended the High School of Glasgow which is a fee-paying independent school and then she continued her education by going on to study law at the University of Glasgow, she went on to be a corporate lawyer. She won a Judge Brennan scholarship and worked with criminals in North Carolina’s Death Row for three years.

After seven years of working as a corporate lawyer, she didn’t feel satisfied with the work she was doing and became dissatisfied with working as a specialist in data protection and freedom of information. She developed her stand-up comedy during her evening and eventually gave up her job with Dundas and Wilson in 2006 to go on and pursue her career in comedy. Susan has an honorary degree from the University of Glasgow that she was honoured for the work she had done in broadcasting and comedy along with the campaigning she had done for LGBT issues and mental health issues.

Susan reached the semi-finals of the BBC New Comedy Awards and “So You Think You’re Funny.” She was a finalist in the “Funny Women” competition. Within the year of 2007, Calman was cast in a show called Ugly Kid a show that went onto Channel 4 after originally being set out at the Edinburgh Festival but after being acclaimed it was put onto Channel 4. However, the show was given a new name of Blowout and in the same year of 2007, the cast went onto win a BAFTA. Susan has appeared on Radio 4’s News Quiz, The Unbelievable Truth, Now Show, Dilemma, So Wrong Its Right and presented Women’s Hour. Calman has recorded her very own sitcom for Radio 4, two series of it actually. She has also recorded five solo series for Radio 4 which include her most recent show called Susan Calman Makes Me Happy and Susan also has her own podcast called Mrs Brightside which has been hugely successful and is now has a second series.

Susan has appeared on TV in shows such as QI, HIGNFY and Mock Of The Week. She has also acted in shows such as Home From Home, and Fresh Meat as well as acting and appearing she has also hosted daytime TV shows like The Boss and Armchair Detectives which she was awarded her second Scottish BAFTA for. She also hosted the CBBC show Top Class. In 2017 she was a constant on the dance show Strictly Come Dancing where there was a bit of an uproar as to why Calman wasn’t fighting to be put with a female partner instead of a male one, Calman responded to these comments explaining that she was there to learn how to dance and that is all she wanted to do. She was partnered with Kevin Clifton and made it to week 10 of the dance show which a lot of people found quite unexpected, she and Kevin joined the rest of the dancers on the Strictly Come Dancing Live Tour in 2018. Susan also explained that she felt her happiest when she was dancing with Kevin Clifton on Strictly. Susan also presents her Channel 5 show called Secret Scotland and the second series of it is now being broadcasted and has since February 2019 and in 2019 it was announced that Susan was the new presenter of the show The Great British Menu on BBC 2, the show was recorded and completed in November 2019 last year and was broadcasted in spring this year.

As well as written the books I have already mentioned Calman has also contributed to the Penguin published collection of Doctor Who stories, a show that Calman is a big fan of and speaks about in her book Cheer Up Love about wanting to at that point in time be the first female Doctor. Calman’s Doctor Who story was called The Day She Saved The Doctor.

I hope you guys enjoyed this article all about Susan Calman and her life, I will be back soon with another article but for now, take care and stay safe!

In this article:comedian, Featured, susan calman