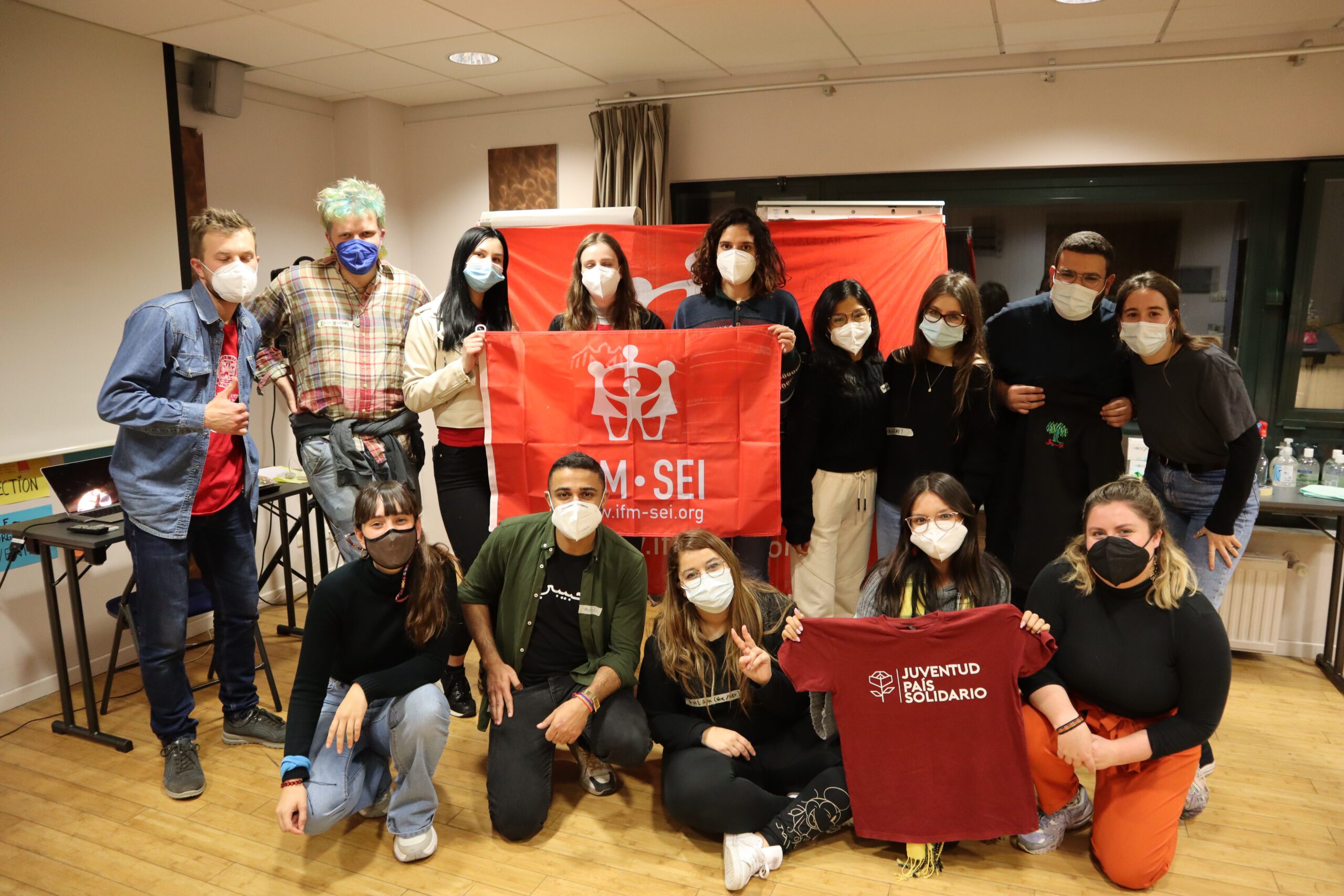 The programme is centred around peace education and provides a space for young people aged 16-30 years to develop the skills, attitudes, values and knowledge to help them build sustainable, just and supportive societies.

Woodcraft Folk have been working for a world at peace for nearly 100 years and they seek to inspire and empower the next generation to stand up for peace.

The PeaceCommuniators project aligns with the charity’s aims and values of building a more peaceful world, where all enjoy freedom from war and want. Woodcraft Folk promotes positive alternatives to violence with their young supporters and they were proud to have some of their members selected for the PeaceCommunicators, representing the organisation and working hard for peace.

PeaceCommunicators has three phases to the project. The recent seminar was phase one of the programme, taking place over seven days from 21st to 27th February. The theme of the phase was Critical Peace Educators which developed the participants’ knowledge, capacities, and skills on peace education, non conflict resolution, conflict mediation, and conflict prevention.

The workshop focused on critical peace education in the context of group work and participants also learnt skills to help them develop training sessions both online and offline on peace education for young people from their local groups.

“The peace education training seminar felt extremely poignant at a severe point of international political distress. We worked through the week identifying what peace means on individual, interpersonal and global scales and developed strategies on reducing harm in our daily lives and the wider world. Creating global definitions of peace and violence was extremely eye opening as they are both so contextual.

I felt very fortunate to have been born in a country where most of the violence I encounter is second hand. There were participants on the seminar who came from countries at the whim of violent occupational projects such as Palestine and Ukraine. Creating international networks through participating in the seminar forms possibilities for exchange and support.

I am very grateful for the opportunity to be able to have attended the session to explore how we can collaborate to fight oppression wherever we can. Solidarity and love to all those at the whim of violence.”

Aggie Taylor, ESC volunteer with IFM-SEI, who is on placement from Woodcraft Folk, was leading the seminar and said that naturally, the war in Ukraine became a topic discussed on the day and the team worked to write the official IFM-SEI statement together, alongside discussing key subjects around peace including conflict, propaganda and non violent communication.

“I was leading the PeaceCommunicators seminar in my role as ESC volunteer with IFM-SEI. The aim of the week was to take youth workers from around the world and together, develop knowledge and competencies on Peace Education in order for them to become Critical Peace Communicators. We looked deeply into emotions and the role they play in understanding peace and conflict, we tried out various methods of nonviolent communication and we looked at how conflicts are affected by structural and cultural violence.

We planned an emergency session in response to the outbreak of the war in Ukraine where the participants had a chance to recognise and reflect on their emotional responses to the war and to make plans and deliver some concrete action which included writing the official IFM-SEI statement.

We finished the week looking at mechanisms behind violence including propaganda and returning to planning a peaceful world. The participants will now go forward as peace communicators and plan their own sessions in their local communities, funded and supported by the project”.

“I enjoyed having the space to explore in depth what peace and peace education means to us as an international group of young people, and how we can take steps together to get closer to a shared goal of a peaceful world. It was important for Woodcraft Folk members to take part to build international links of solidarity between people working on peace education in different contexts.”

Earlier this month, Woodcraft Folk released a range of educational resources and activities on peace for a range of ages in response to the Ukraine war. With the war raising lots of questions for young people and affecting their mental health, the charity wanted to create resources to support youngsters and youth leaders as well as the charities groups providing safe spaces for members to talk about the war and what they may have seen in the news.

Funding for the PeaceCommunicators project has been donated by the European Youth Foundation of the Council of Europe and the training is being delivered by the The International Falcon Movement – Socialist Educational International (IFM-SEI).

You can find more information about the PeaceCommunicators project here https://ifm-sei.org/projects/peacecommunicators/