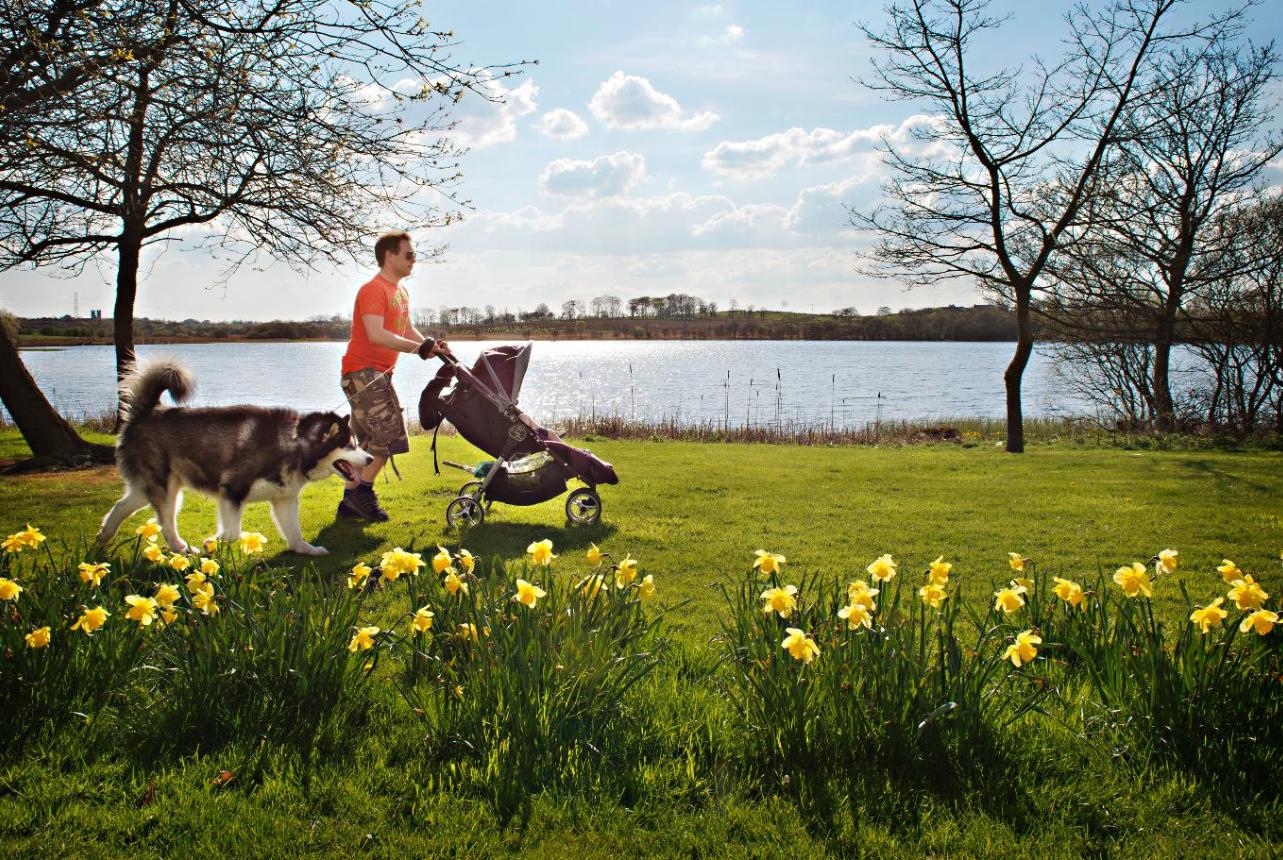 Volunteers from local community groups, schools and business in Glasgow City and North Lanarkshire are helping out as part of a campaign to Clean Up Seven Lochs.

The clean-up campaign, which runs until early June, is organised by the Seven Lochs Partnership under the banner of the nationwide Clean Up Scotland campaign, which is run by environmental charity, Keep Scotland Beautiful.

At least 15 clean-up days have been organised at 10 sites across the Seven Lochs Wetland Park, which is being developed as Scotland’s largest urban heritage park thanks to a £4.5 million grant from the National Lottery Heritage Fund.

The campaign has already seen Glenboig Development Trust and Northern Corridor Community Volunteers work together with local people to clean up Glenboig, and volunteers from Glasgow Community Energy take action on litter in Easterthouse Town Centre.

So far the campaign has seen pupils from Lochend High School clean up Bishop Loch local nature reserve as part of their John Muir Award, while volunteers from the Friends of Glasgow’s Local Nature Reserves and the John Lewis ‘Partners in the Community’ initiative helped remove over 20 bags of rubbish from Hogganfield Park.

Over the May bank holiday weekend volunteers from community groups and businesses will help clean-up five parks and nature reserves, and in early June Glasgow City Council will work with Provanhall Housing Association and others to carry out an intensive ‘week of action’ at litter and fly tipping hot spots on the edge of the Seven Lochs Wetland Park.

Commenting on the Clean Up Seven Lochs campaign Councillor Maureen Burke, Chair of the Seven Lochs Partnership, outlined plans for the park and asked for local people and businesses to support the initiative and get involved.

“Litter and fly tipping are a problem across the Seven Lochs Wetland Park area. It reduces pride in our area and studies have shown that littered places increase the fear of crime and affect our health and wellbeing.

“The Clean Up Seven Lochs campaign will take immediate action as well as encouraging local people to come up with further ideas that will have a long lasting impact.  Once the area is cleaned up, we’ll be looking to keep Seven Lochs beautiful – including planting wildflowers for biodiversity, working in partnership with local businesses to reduce litter, and encouraging people to report fly-tipping as soon as it happens. We want the Seven Lochs Wetland Park to be a great place to visit, and taking action on litter is a key part of that.”

“The Seven Lochs Partnership, and schools, community groups and businesses around the park, are to be commended for the difference they are making to the Seven Lochs Wetland Park.  Their work, and the work of thousands of other volunteers like them across Scotland, are the foundation of our Clean Up Scotland campaign.

“Scenery and landscape are the number one reason for visiting Scotland, so it is essential that we make Scotland clean, green and sustainable. The Seven Lochs Partnership is doing a fantastic job to help us achieve this goal.”