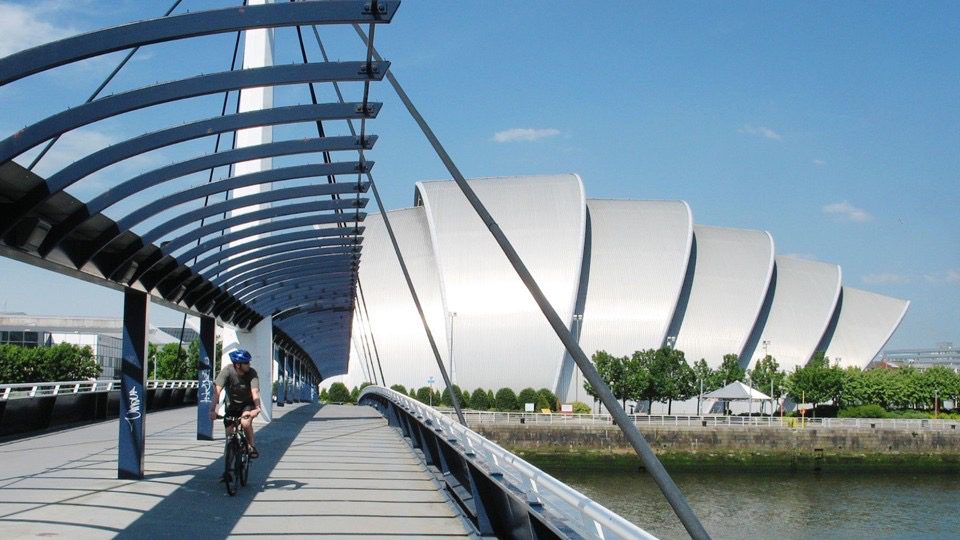 Glasgow City Council has approved the acceptance of up to £21.3million of funding from Sustrans – as part of the ‘Places for Everyone’ programme – for the Avenues Plus project, which will see the existing Avenues programme extended to connect the city centre to surrounding neighbourhoods.

The Avenues Plus project will complement and be delivered alongside the ongoing Glasgow City Region City Deal funded Avenues programme in the city centre, with the latter delivering 17 Avenues when complete.  The Sauchiehall Avenue, completed in September 2019, is the first of these, which are so named due to their emphasis on green and active travel infrastructure, increased pedestrian space and improved connectivity/accessibility.

The aims of Avenue Plus include the creation of a series of high–quality walking and cycling links with communities on the fringes of the city centre, featuring cycling storage hubs and programmes to encourage the use of these links, bringing health, social and environmental benefits to Glasgow.  The Avenues Plus project will be delivered over a five-year period.

The origin of the Avenues Plus project lies in the recommendation of the Connectivity Commission that the Avenues programme be expanded: Glasgow City Council then submitted a funding bid to Sustrans to extend the scope of the programme to include further Avenues to provide further connections between the city centre and surrounding communities.

Councillor Susan Aitken, Leader of Glasgow City Council, said: “The Avenues project represents the greatest transformation of our city centre in a generation – and this funding will allow us to go further; reaching into communities that really should be considered part of that beating heart of the city.  It is about a more liveable, sustainable and open centre – with environmental, social and economic benefits for those that live and work in it, as well as those who visit.  It is also about a healthier city, with better opportunities to walk and cycle.”

Karen McGregor, Sustrans Director for Scotland said, “We are delighted to be funding Glasgow City Council’s Avenues Plus project.  This ambitious project will transform the streets leading into Glasgow’s city centre, making it easier for people to move around safely for everyday journeys whether it be walking, cycling or wheeling.  We look forward to working in partnership with Glasgow City Council to deliver this exciting development.”

Cabinet Secretary for Transport, Infrastructure and Connectivity Michael Matheson said: “I am pleased to see the expansion of this transformative project, helping us to build an Active Nation and make it easier for people to walk, wheel and cycle for everyday journeys. As well as being good for physical and mental health, active travel is good for the environment as it reduces air pollution and helps us respond to the climate emergency.  The Scottish Government is a full partner in the Glasgow City Region City Deal, contributing £500 million over 20 years to the Infrastructure Investment Fund. The investment in this project through the Deal will contribute to the region’s economic recovery by creating jobs, and providing the commercial infrastructure to support and attract businesses to Glasgow and the surrounding areas.  The £21.3 million in Scottish Government funding through the Sustrans Scotland Places for Everyone programme will build on the second phase of the City Region Deal funded Avenues Project. These exciting initiatives will expand access to high quality permanent active travel infrastructure and support our green recovery by improving walking, wheeling and cycling connectivity across Glasgow city centre.”

UK Government Minister Iain Stewart said: “Communities around Glasgow continue to benefit from the Glasgow City Region Deal supported projects.  The UK Government’s £523 investment is developing clean, green and attractive spaces and attracting further investment throughout the region.  “Across Scotland the UK Government is investing more than £1.5 billion into growth deals that are creating jobs and securing our future prosperity.”

Today’s approval by the council means that the grant funding agreement between Sustrans and the council can now be finalised.