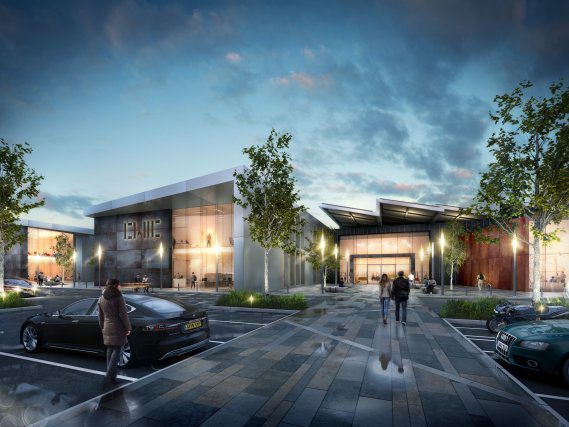 Glasgow City Council today (30 May) approved up to £1million of Glasgow City Region City Deal funding to the University of Glasgow for the development of the proposed Clyde Waterfront Innovation Campus.

As part of the £1.13billion Glasgow City Region City Deal – an agreement between the UK Government, Scottish Government and eight local authorities across Glasgow and the Clyde Valley – the proposed campus will be a key part of the City Deal: Clyde Waterfront Innovation Quarter. This project aims to regenerate the waterfront as an attractive urban quarter that will bring significant private sector investment to Glasgow and unlock the economic potential of vacant and derelict sites close to Queen Elizabeth University Hospital.

By the end of the City Deal investment in the Clyde Waterfront Innovation Quarter, it is expected that almost 4,000 new jobs will have been created, along with 184,000 square metres of new commercial floorspace.

With regard to the Clyde Waterfront Innovation Campus itself, this will be a high technology innovation facility – to be built on vacant and derelict land in Govan – with academic and industrial assets that will stimulate economic growth, particularly in the Life Science and Further Education sectors, through the proximity to the hospital and other high-value-added industries.

The first stage of the campus will feature an enhanced James Watt Nanofabrication Centre and a Precision Medicine Living Laboratory, and a technology accelerator will be established, with a flexible space where companies can co-locate, carry out collaborative research and develop innovative products.

The campus is expected to cost £80million to complete, and the University of Glasgow has submitted a bid of £25million for UK Government Strength In Places funding, and has identified in-principle funding support of £10million from Glasgow City Region City Deal.  The funding approved by the council today will support design, site investigations and technical studies.

Councillor Susan Aitken, Leader of Glasgow City Council and chair of the Glasgow City Region City Deal Cabinet, said: “The Clyde Waterfront Innovation Quarter will bring thousands of jobs to communities on the banks of the river, and the Innovation Campus will help to unlock the enormous potential of these sites in Govan.  The City Deal funding the council has now approved will help deliver a facility that will further enhance Glasgow’s reputation as a leading city in technology and innovation, attract investment, and deliver inclusive economic growth.”

Other projects funded by the Glasgow City Region City Deal within the Clyde Waterfront Innovation Quarter include the Govan – Partick Bridge; new public realm in Central Govan; and the redevelopment of both Govan Old Church and Water Row.

More information about the Glasgow City Region City Deal is available at: www.glasgowcityregion.co.uk