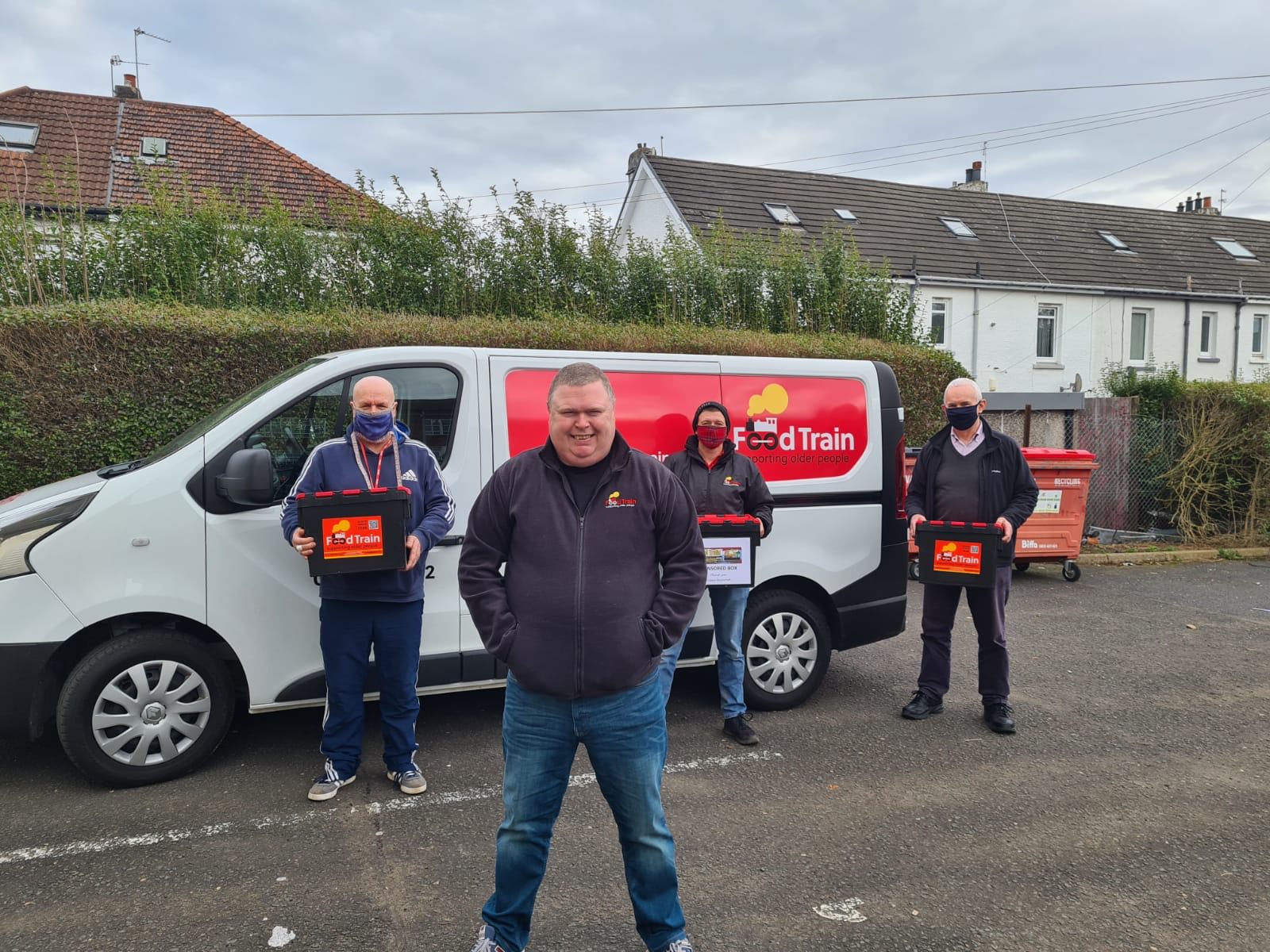 A grateful Glasgow charity has hailed the bravery of volunteers ensuring older people have not gone without vital shopping supplies throughout the Covid-19 pandemic.

On the anniversary of Scotland’s first lockdown, Food Train has expressed its thanks to those who have stepped forward to support its work across the city.

The charity, which helps over-65s to live better lives in their own homes from, faced a record-breaking explosion in demand for its shopping service as older people were ordered to shield – leaving many unable to get their own groceries.

That included many of the organisation’s own shopping and delivery driver volunteers – meaning it faced a double-whammy of unprecedented need while its team numbers reduced.

Thankfully, volunteers quickly stepped forward across the country, supporting the regional branch team based at Govanhill.

Chris Curtis, Food Train’s regional manager for Glasgow, said: “There was so much courage from people willing to go out on the frontline to provide a vital service.

“So many were selfless, putting other people first. That’s something I will never forget, both as someone who works for a charity and as a person. We’re so thankful to each and every person who supported our work to help older people.”

At the peak of the pandemic, demand for Food Train’s shopping service across the nine regions in which it operates was 70% higher than the same point in 2019. Demand nationally is still about 50% higher than it was immediately before the crisis, with the Glasgow team still making just over 200 deliveries each week.

Throughout the pandemic, the safety of volunteers, staff and members has been a priority for the charity, widely regarded for its work to tackle both malnutrition and social isolation among older people.

The peak of need for volunteers came amid scenes of massive queues at supermarkets, as social distancing rules were being drawn up and amid pressure for PPE supplies.

Recalling how the events unfolded in Glasgow, Chris said it was in early March – as the significance of the situation became clear – that he and his small staff team began risk assessing.

“We knew at that point that the virus was particularly affecting older people and that if this hit us in a significant way that demand for our services was going to go through the roof,” he explained.

“But we also knew that a lot of our volunteers were older people themselves and had health issues and that we could be left without some people who we would class as key.

“The next thing we knew, we were in the eye of a hurricane as the virus really took hold. It felt like the world was turning on its head. Overnight, as we went into lockdown, we lost a key part of our workforce.”

Some posts on a Glasgow mutual aid group on Facebook quickly brought about a surge in volunteers.

Chris, 48, who has led Food Train’s operations in the city since 2014, said: “We said we had infrastructure, vehicles, staff and, with support, we could help hundreds of older people in the city.

“The response from people wanting to help was overwhelming. In eight weeks we had 500 people come forward to volunteer with us. There were so many that we started pointing people towards other ways they could help with Food Train – from our Meal Makers project to making check-in calls.”

Reflecting on the way in which volunteers quickly stepped forward, Chris added: “These people, in many ways, were willing to risk their own health, not knowing all that was involved with the virus at that stage.

“Looking back, so many people showed real bravery. They came in their hundreds – collecting shopping, making deliveries and phone calls – to make a difference to the lives of older people at a time when help was never needed more. It was remarkable.

“It was terrifying. I didn’t let people see that I was terrified at the time – and maybe I didn’t realise then how worried I was for the older people that we support. Every person who turned to us for help got it. I’m very proud of that.”

As well as the volunteers who came forward, the Glasgow team had vehicles loaned to them by firms whose staff were on furlough to make deliveries, as well as receiving donations of hand sanitiser and PPE. Their work was praised by Lord Provost Philip Braat.

Across the country, many of those who turned to the charity during that first lockdown have remained as members, having weekly shopping deliveries.

Chief executive Michelle Carruthers believes that although the impact of Covid-19 increased the numbers it supports, the pandemic did not create the problem of older people struggling with shopping.

She stresses that they simply threw them – and the need for them to be solved – into sharper focus and has written to political parties urging them to pledge to create a nationally-funded shopping service for older people in their Scottish Parliament election manifestos.

Food Train estimates that up to 30% of older people living in Scotland are at risk of malnutrition.

Michelle said: “I cannot thank the volunteers enough who have come forward to help our work across the country over the past year. The response has been remarkable.

“Their support has made the lives of older people better during the most difficult of days. It has removed the worry and stress of how they get their shopping – reducing the risk of them suffering from malnutrition because they cannot get their essentials.

“The fact that older people have also been able to keep in-touch with us has also helped ease some of the loneliness they can feel, never more so than during lockdown when so many people – of all ages – have missed seeing family and friends.”

In this article:Featured, food train 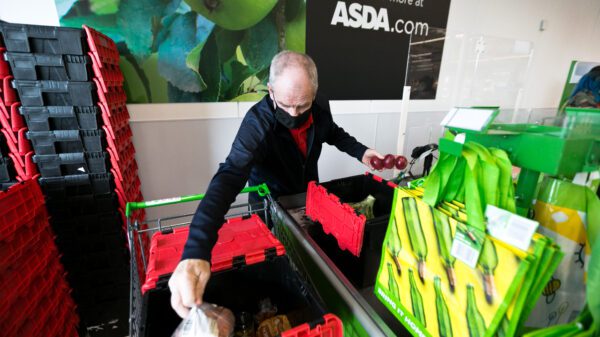 Demand from older people to help them eat well and live well in their own homes remains high with many still reluctant to return... 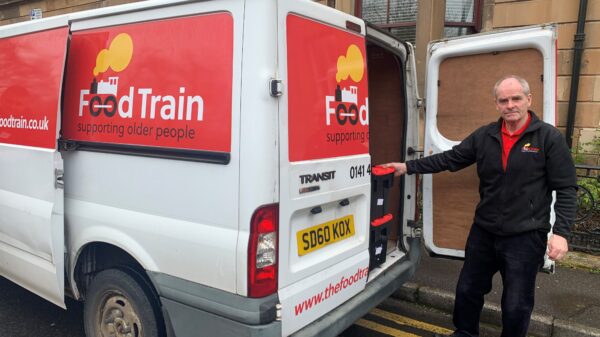 Could you jump on board the Food Train in Glasgow?

City residents praise charity’s work as it seeks new volunteers in region to bolster numbers as some supporters return to work having backed cause... 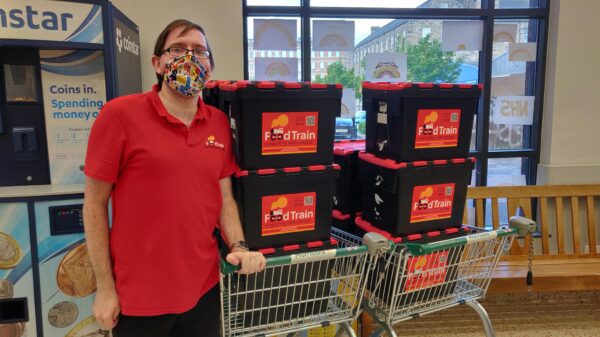 Local man praises charity’s work as it seeks new volunteers in region to bolster numbers as some supporters return to work having backed cause...