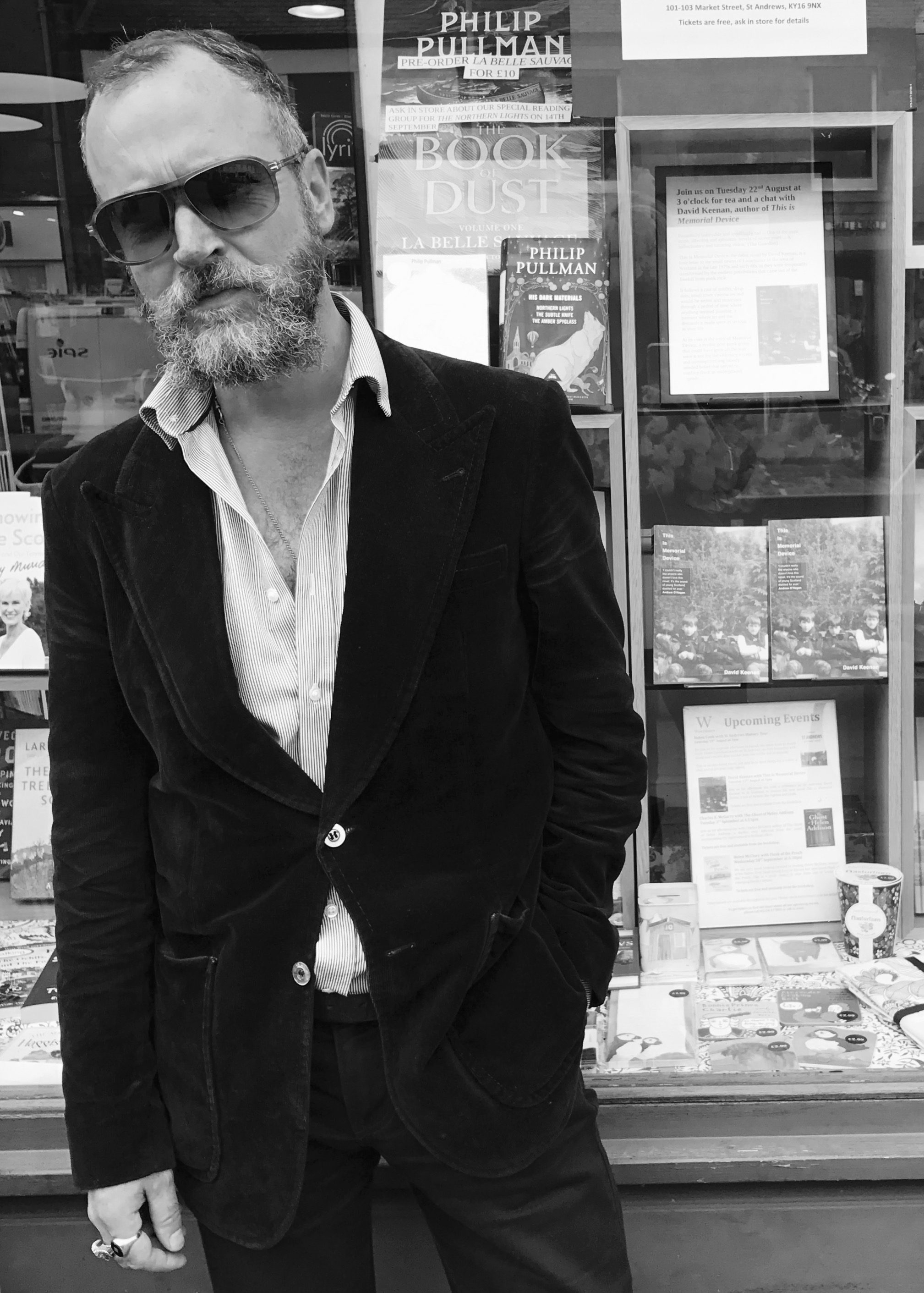 Scottish Book Trust, the national charity changing lives through reading and writing, is delighted to announce that the Glasgow-based writer David Keenan has been awarded a Robert Louis Stevenson Fellowship for 2018. Four Fellows are named annually and this year’s other recipients are Jenni Fagan, Theresa Muñoz and Shane Strachan. The Fellows were selected by a panel, which changes every year.

The Fellowship was initiated in 1994 by Franki Fewkes, a Scottish Robert Louis Stevenson enthusiast, and is managed by Scottish Book Trust and supported by Creative Scotland. Intended to give writers a chance to escape the routine and distractions of their everyday lives to devote time to their writing, it provides residencies for four writers at the Hôtel Chevillon International Arts Centre at Grez-sur-Loing, France. Travel and accommodation costs are covered, plus a grant of £300 per week for living expenses.

Grez-sur-Loing is at the edge of the Forest of Fontainebleau and was chosen because of its connections with Robert Louis Stevenson who first visited in 1875. It was there, at the Hôtel Chevillon, that he met his future wife Fanny Osbourne. Stevenson found both the place, and its community of writers and artists, highly attractive and he returned to Grez-sur-Loing for three successive summers.

Previous Fellows include Liz Lochhead, Janice Galloway, Jo Clifford, James Robertson and Louise Welsh. As well as the Robert Louis Stevenson Fellowship, Scottish Book Trust supports writers through initiatives such as the New Writers Awards, Next Chapter Award, the ‘What’s Your Story?’ programme for young writers and the Live Literature Fund, which makes funding available to enable authors to visit schools and communities.

David Keenan grew up in Airdrie in the late 1970s and is now based in Glasgow. A senior critic for The Wire, he is also the author of two books: England’s Hidden Reverse and This is Memorial Device, his debut novel, which was a Telegraph and Rough Trade Book of the Year, and shortlisted for the Gordon Burn Prize 2017.

David will be working on his new novel, Monument Maker, a love story and a meditation on art and spirituality set in Central France amongst the great cathedrals, monasteries and chateaus.

“I’m completely blown away to receive the RLS Fellowship, Robert Louis Stevenson was my first literary crush as a young man, and I’m so excited to be able to travel to an area I have spent so much time imagining.”

“The Robert Louis Stevenson Fellowship is an excellent opportunity for writers to work in seclusion on a specific project, in such beautiful and historic surroundings. Congratulations to our new Fellows, all of us at Scottish Book Trust look forward to supporting them on the next stage of their creative journey.”

“Drawing on Scottish literary heritage, The Robert Louis Stevenson Fellowship this year awards four of our freshest contemporary voices in Jenni Fagan, David Keenan, Theresa Muñoz and Shane Strachan. Through travel to the significant setting of the Hôtel Chevillon International Arts Centre at Grez-sur-Loing and a distancing from the distractions of everyday life, they will be provided the space they need to fully devote themselves to new works. Creative Scotland are delighted to support these residencies, which allow our writers to immerse themselves fully in the artistic process, to the benefit of their work and eventually all of us readers.”