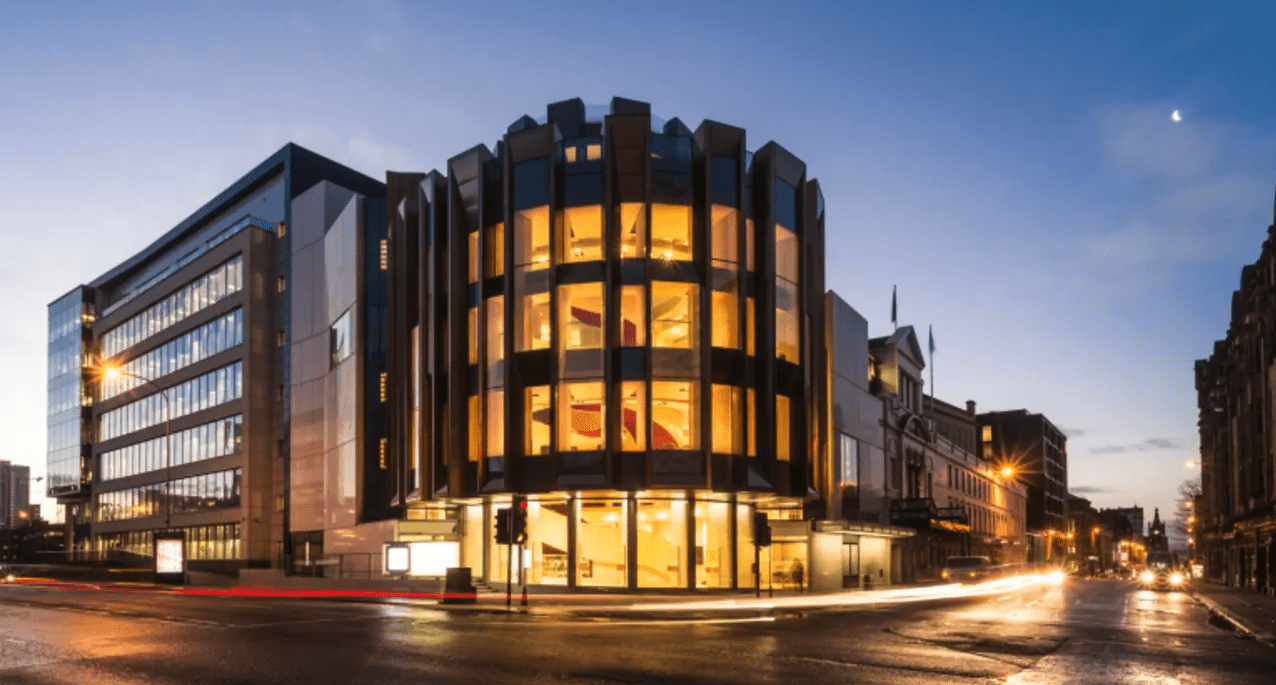 Hi everyone Lucas here and welcome to our new site! I wanted to start by writing an article all about the spookier side of Glasgow. Glasgow is a beautiful city full of amazing sights, great things to do, nice cafes and wonderful restaurants. It also has a great travel system and people are more than happy to help you if you are lost. However, Glasgow does have its hidden secrets and hidden history. Glasgow is full of old buildings and buildings that are no longer in use and have sat abandoned for years. I wanted to take this chance to have a look at some of these and talk about some of the stories that also go along with these buildings.

Let’s start with the lovely Theatre Royal shall we? The Theatre Royal stands right at the very top of Hope Street within Glasgow and is known for being the oldest theatre within the city, the building itself dates all the way back to the 1860s meaning it has a large history behind it and… some guests that haven’t left. There have been several people talking about hearing creaking floorboards and knocking doors within the theatre, these stories are told by actors who perform on the stage and tell the stories about not only those things but thespians and cleaners that roam the theatre. One of the cleaners Nora is said to have taken her own life and haunts the upper circle. The reason she took her own life is because after begging the manager to let her have an audition, it is said to be so bad that she was laughed off stage. Her dream of being an actress was ruined and Nora was heartbroken so she took her own life. The other ghost of the theatre is said to be a fireman who died in a fire in 1969, it is said the fireman by the name of Archibald McLang and his team entered the building to tackle the fire. No one knows what happened to Archibald, all anyone knows is that his body was found the next day within the theatre. Apparently he has been seen staring at the musicians in the orchestra pit and still causes issues within the basement. Not to mention he messed with a workman and his tools back in 2004. Nice to see that the theatre still entertains the dead as well as the living.

Fancy going back to school anyone? Of course I don’t mean our type of school nowadays, I mean Victorian school! The next building I want to talk about is the Scotland Street School, I remember in my very first or second year of high school one of my classes were going to do a trip to it and we would get to experience school life as a Victorian child, the thought scared me and luckily for me it didn’t happen. Although this museum is educational, and gives children and adults an insight to what life was like within schools from the late 19th century to the late 20th century including during the reign of Queen Victoria, through WW2 and during the 1950s/60s. Of course this building was built between 1903 and 1906 by Charles Rennie Mackintosh so of course it doesn’t come without its ghosts and ghouls. Staff working in the museum have reported hearing laughter in the upper floors of the building while others have reported objects being moved. As if that wasn’t bad enough staff have also reported seeing dark shadows, footsteps and the sound of what seems to be children running about the building. Looks like some of the building’s former pupils never quite left… 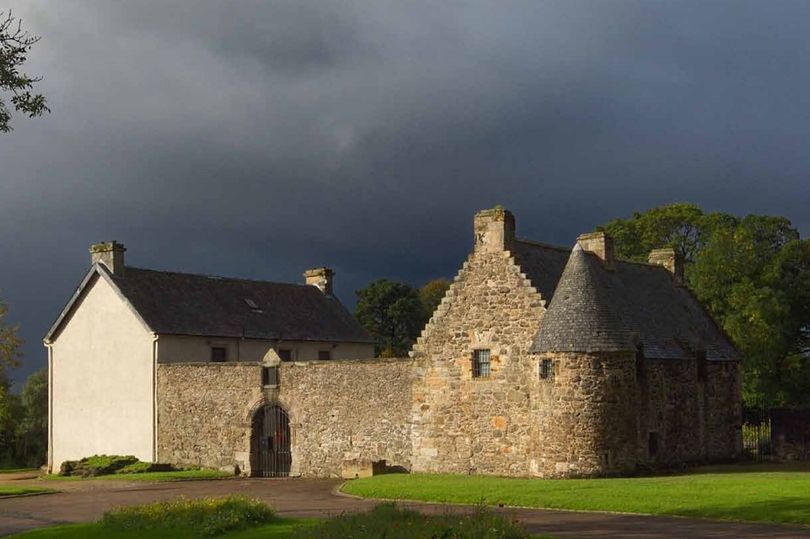 Provan Hall is located within the Easterhouse area of Glasgow and is reportedly the oldest building within Glasgow although this has not been officially confirmed. Anyways the building itself is said to be haunted and people visiting are said to have seen a man in ancient clothing roaming about the hall. The hall itself has some history,  it was originally built in the 15th century to be used as a hunting lodge for the bishops of Glasgow but it is believed by some that it dates back all the way to 1460 or beyond. The master bedroom in Provan Hall is known for its activity as a brutal double murder took place here about 200 years ago. The story goes that a soldier who returned from four years at sea found his wife with a two-year-old child. He decided to drown his sorrows with alcohol and after drinking enough he stabbed his wife over twenty times and cut the throat of the two-year-old. Since the murder took place the victims and murderer have haunted the bedroom, the bedroom itself is always cold regardless whether the radiator is on full blast or not, the room is very difficult to keep warm. Visitors have also said that the room’s atmosphere has been too overwhelming for them to take and have had to leave the room. There have also been appearances of ghosts appearing within the house and at the windows. Provan Hall is still closed just now due to the pandemic unfortunately but you can keep checking the website to see when it will reopen.

Now if you live in Glasgow or are a frequent visitor to it then you will know that Glasgow has a subway. It only goes in a circle but it does take you to a good few places in Glasgow from St Enoch’s all the way to Govan. As wonderful as the subway is it has somewhat of a dark history. The tunnels for the Glasgow Subway were carved deep underground as you probably would have guessed. This was done in the late 19th century and unfortunately, the workers had to extract human remains from areas that had been used for plague pits during medieval times, the locations of the pits were unknown so it wasn’t a surprise when they found bones and teeth during their digs. It has been blamed on the workers who disturbed these graves on the hauntings that now take place within the subways.

One of the most common hauntings is between West Street and Shields Road, it is called The Clatter and was first discovered by workers who were working on the tunnels between Shields Road and West Street stations. From the wall, a cloud-like ghost would appear and it started as a small ball of light before becoming bigger and engulfing the whole area and anyone standing near it. The workers said they saw only faces of the dead within the cloud, the reason it was called The Clatter was due to the loud and intense clattering noises that came along with the cloud. There is a ghost at Hillhead Subway station too but this ghost is known to be a bit more friendly than the previous ones I have spoken about. The ghost is of a lady in a 1930s evening gown, she is known for strolling up and down the platform and she also stands near the edge of the platform. The lady is described by people as giving off a vibe of happiness and she has been heard by people singing, laughing and whistling. If she draws the attention of people she disappears.

I hope you all enjoyed this article and reading all about some of the weird and wonderful haunted places of Glasgow.

Glasgow City Council has agreed in-principle to dispose of Burnbank House to Queens Cross Housing Association (QCHA) to allow the building of 48 accessible...

A new scheme to regulate short-term lets in Glasgow is set to go out to public consultation. The proposed scheme follows changes this year...

Glasgow’s weather and climate patterns are shifting as a direct result of climate change, with the planet getting hotter1. The council’s new Climate Adaptation...

Sustainable transport in Glasgow is to receive a £12.8m cash injection after the council secured funding from a number of national and regional schemes....